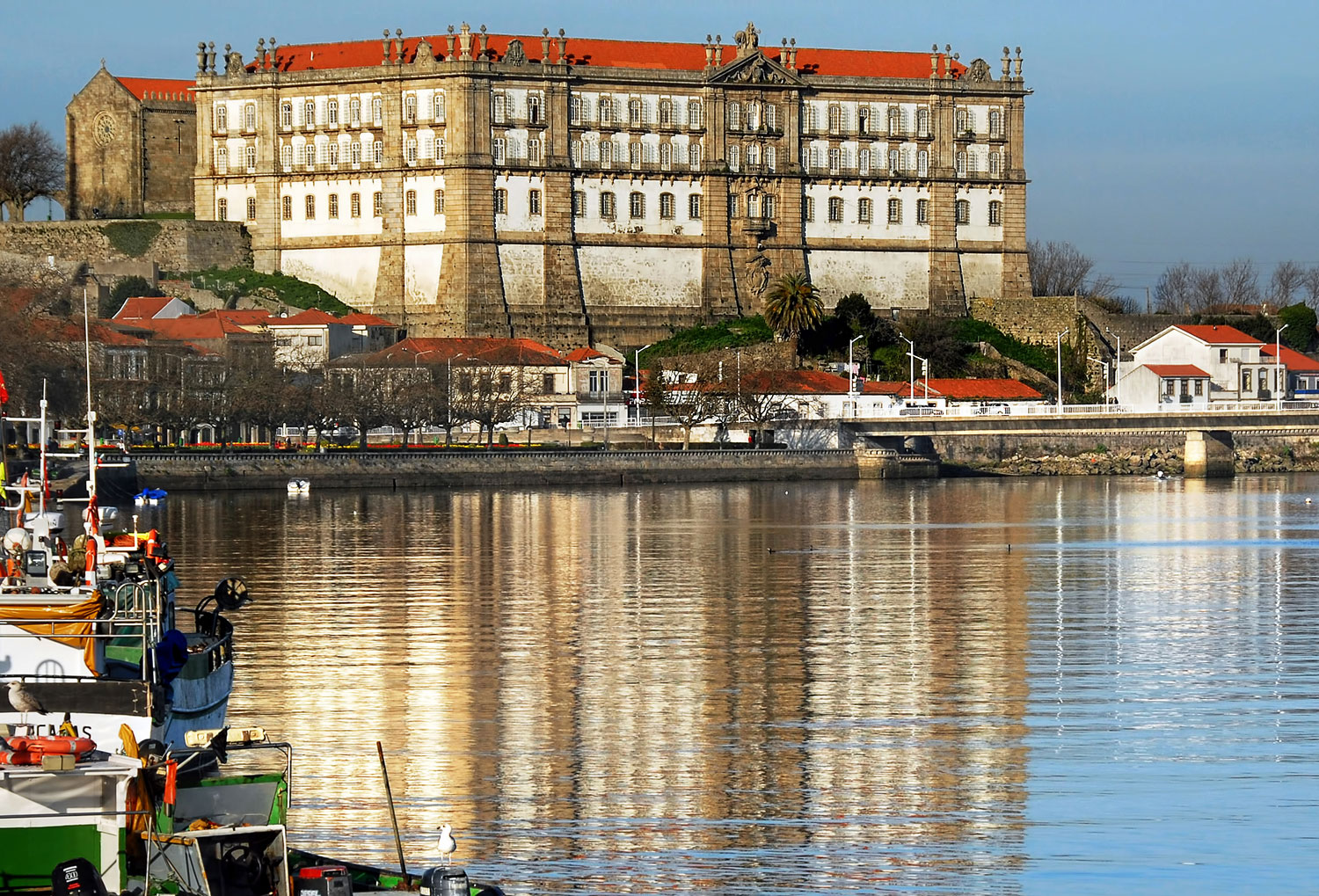 The coastal town of Vila do Conde lies at the mouth of the River Ave around 30 km north of Porto. This is a town with two contrasting characters; there is the modern beach town with its apartment blocks and vilas that merges into neighbouring Póvoa do Varzim, and there is the quiet, old town located on the banks of the river. The former offers a pleasant day out with some great sandy beaches along with wide, pleasant avenues, gardens and cafes. However, it is the historic town centre that really makes Vila do Conde worth a visit.

If you arrive from the south, the chances are you will cross the old bridge into the town. From here you can not fail to notice the towering 18the century Baroque facade of the Convento de Santa Clara. Although impressive, this section of the building is somewhat austere having something of the air of a a prison about it. It was in fact the dormitory block although after the monasteries were dissolved the building was used as a correctional facility for young offenders. 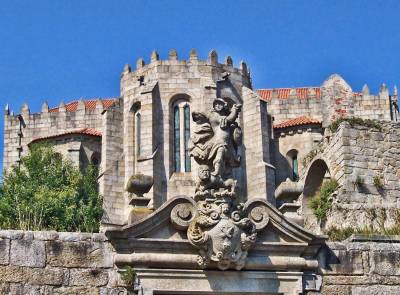 The convent was founded in 1318 and beyond the main building is an attractive Gothic church dating back to this time. The castellated granite walls of the church weren't just for show, this was a time when there was a constant threat of attack from Portugal's Castilian neighbours. Within the church are the tombs of the monastery's founders, Dom Afonso Sanches (son of King Dinis) and his wife Teresa Martins.

Running into the back of the convent is a well-preserved eighteenth-century aqueduct. It is said that in its day this once carried water over 5 km from Terroso over a reputed 999 arches.

Just along from the convent is the attractive  riverside square of Praça da República which is home to a number of cafes which overlook the gardens and river beyond. Heading into to the centre of town takes you along winding cobbled streets lined with traditional granite and whitewashed houses with wrought iron balconies. 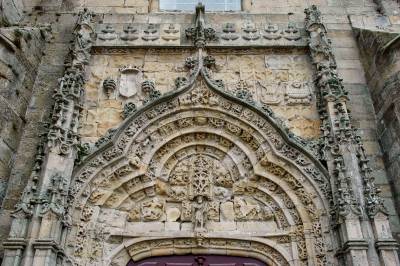 Praça Vasco da Gama is considered the central square and contains an unusual pillory depicting an arm thrusting a sword upwards. This is also the location of Vila Conde's main church or Igreja Matriz, an impressive granite building dating back to the 16th century. As any guidebook will tell you the churches most notable feature is the intricately carved stonework of its Manueline main entrance.

Vila do Conde's rich history is celebrated with several museums featuring different strands of the town's traditional industries. Chief among these was shipbuilding and from the Age of Discoveries through to the 20th century this provided the town with a good level of prosperity, peaking during the 16th century. The Museu de Construção Naval is a museum located in the old fishing quarter which charts the town's history of shipbuilding. Set in the old Royal customs house (Alfândega Régia) the museum sits just across the river from the working shipyards which still produce traditional Portuguese wooden fishing boats. The exhibits here include replica boats, tools and information on Portugal's history as a great maritime nation.

The other traditional industry in the town is lace-making - bone lace (rendas de bilros) to be more specific. The Museu das Rendas de Bilros houses both a museum and a school of lacework and embroidery. Housed in the Casa do Vinhal, an 18th century townhouse, you can watch artisan lace-makers display their skills with some fine examples of their handicraft as a backdrop along with the traditional tools of the trade. 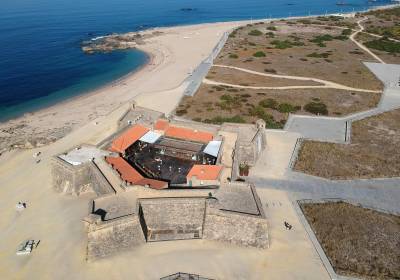 It is a pleasant 15 minute walk along the river from the old town to the coast. At the mouth of the river, before the breakwater, is the diminutive Capela de Nossa Senhora da Guia. Dating back to the early 17th century the little whitewashed chapel with its dome appears quite humble. However, the interior is something to behold with its richly decorated gilded ceiling and marble altar.

Just along the beach from the chapel is a squat 17th century fortress that appears to rise up out of the sand. The pentagonal Forte de São João Baptista once served to protect the shipyards and harbour at the mouth of the River Ave from pirates and privateers. After many years of disuse it was decided in the 1980s to convert the fortress into a luxury hotel. Consisting of only eight suites the fort is still open to the public and you are free to climb the walls and survey the view of the beaches and out over the Ave.

From here the beach stretches on almost endlessly to the north with just a brief break for the harbour at Póvoa do Varzim.