The ancient city of Cividade de Terroso is located on a hilltop a few kilometres inland of Póvoa de Varzim. It is estimated to be in the region of 3,000 years old and was one of the largest and most fortified settlements of the celtic Castro people.

What makes up most of the remains of this Bronze Age city are the impressive granite walls belonging to a significant number of circular huts. In their day these would have had conical straw roofs and been home to hundreds of people. In addition there are some well preserved sections of the considerable defensive structures including a citadel and three defensive walls encompassing the site.

Cividade de Terroso was located strategically to be both easily defendable and to oversee the trade routes to the Atlantic. Unfortunately, by the 2nd century BC  the town had attracted the interest of the all-conquering Romans and in the ensuing Lusitanian War the region was occupied. In the ensuing years further building was carried out at Cividade de Terroso by the Romans with paved streets laid and other improvements.  However, as their empire crumbled the Romans abandoned the region and the local tribes did not return to Cividade de Terroso leaving the site to return to nature.

It was only during the 20th century that archeologists became interested in the site, and not until the 1980s that work began in earnest to uncover the secrets of this impressive hilltop settlement. There is a small visitor centre near the entrance of the town, but if you want to see the artefacts recovered from the site you will need to visit the history museum in Póvoa de Varzim which has a collection of pottery and metalwork excavated from here. 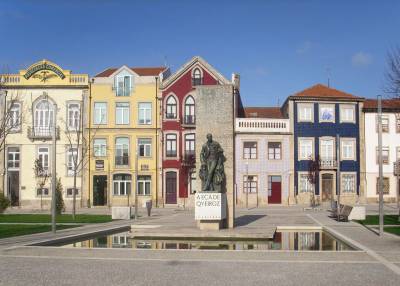 About halfway between Porto and the northern border with Spain lies the coastal city of Póvoa de Varzim. Virtually unknown outside of Portugal the city has been one of the North's most popular holiday resorts for over three hundred years. But Póvoa de...