Amar is the Portuguese verb to love, and it is perhaps fitting that it should be the first part of the name of this attractive town. A settlement since the 4th century BC, Amarante is situated in the rich agricultural lands of the Minho region, the northern section of the country which is responsible for the grapes of the vinho verde, the young semi-sparkling ‘green’ wine unique to Portugal. The river Tâmega runs through the town and crossing this waterway is a striking arched bridge, the Ponte São Gonçalo. It is reputed to have helped local heroes fend off a French attack in the early 19th century. Nowadays cafes and restaurants make the most of their riverside location.

Buried in the chapel of a church and monastery now bearing his name, São Gonçalo is the saint most strongly attached to the town. Born here in the 1100s, his ability to heal the sick earned him his special status. The granite used to build these religious edifices in the 16th century is of an unusual hue, and it glows a warm ochre in the light of the setting sun, the cloister of the church being particularly pretty. Indeed the whole town has a magical fairytale feel to it, with elegant turreted buildings and trees drooping into the river. The annual festivities which take place in early June are known as the Festas de São Gonçalo, and perhaps similarly connected to the romantic-sounding name, one of the traditions of this local celebration is to give a phallus-shaped cake to the one you desire! 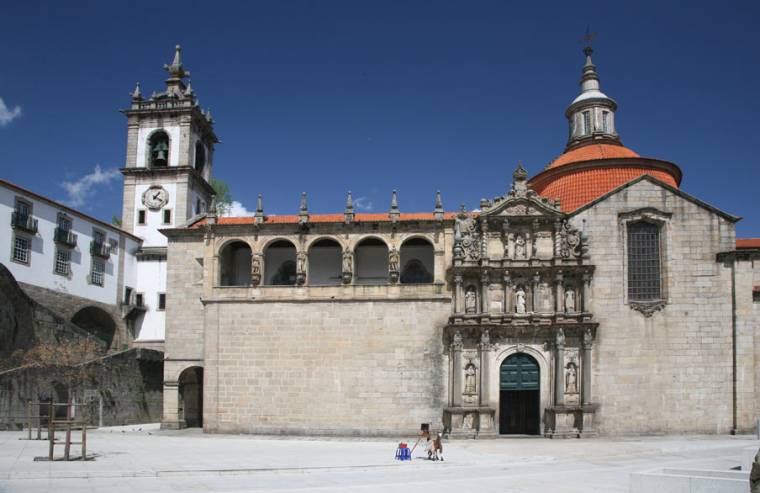 Another famous son of Amarante was the artist Amadeo de Souza Cardoso, who in his short life at the turn of the 20th century produced some now internationally-acclaimed cubist style paintings. His work is displayed in the local museum, although in his time he would display alongside the likes of Modigliani and much of his work is still in Paris where he spent his most productive years.

A special day out from Amarante is one which does not involve a car but trains and buses. Go from Amarante to Livração, then change for Regua, then again for Vila Real and take the bus back to Amarante through the Marao hills. A good few changes are necessary, and therefore some careful planning with timetables, but the resulting journey is one of the most special in Europe, taking you through verdant vineyards and strikingly steep river valleys. Some of the tiny villages along the breathtaking Regua to Vila Real stretch are built into such steep slopes that the train is their only form of transport even today. Set out early so that all legs are done in daylight, and in Vila Real consider a quick bus journey out to the internationally famous Palácio Mateus, immediately recognisable from the thousands of bottles of Mateus Rosé consumed across the globe. For families, the Aqua Park in Fregim, just outside the town, offers some fun swimming with slides and impressive views.