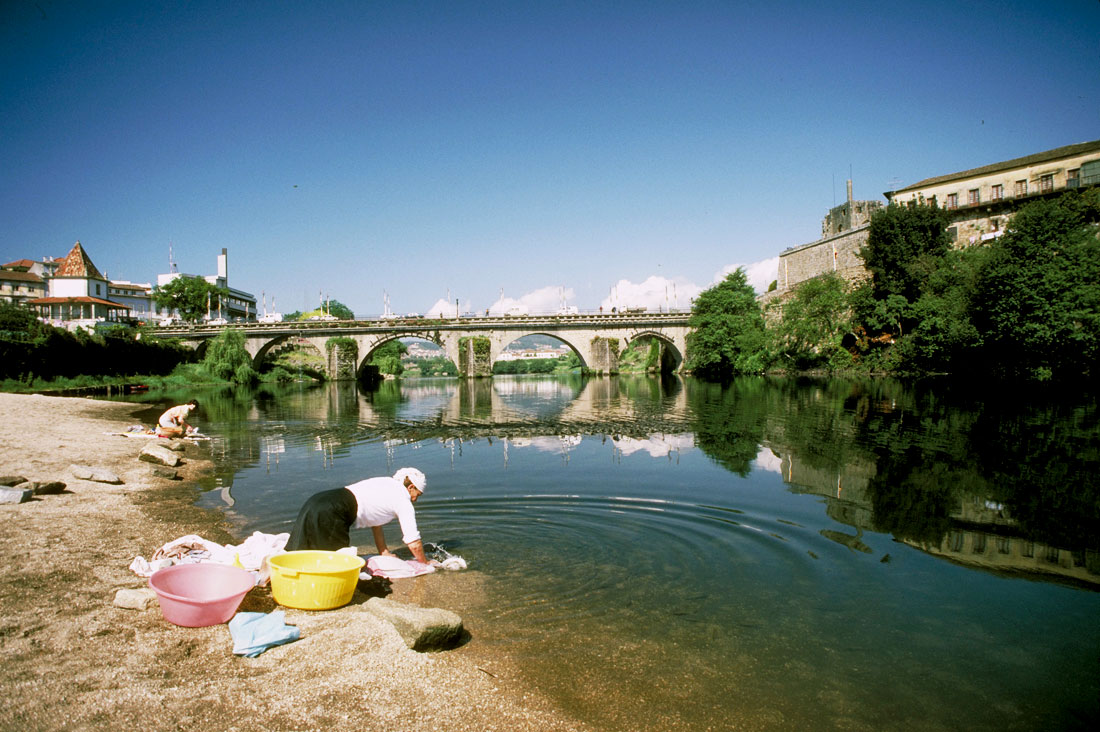 Probably the most famous symbol of Portugal, the colourful ceramic cockerel has its origins in the pretty town of Barcelos where, according to local legend, it is reputed to have saved the life of a traveller wrongly accused of theft by crowing his innocence. The full story is told on a 15th century cross found in ruins of the Palace of the Dukes of Braganca, destroyed by the 1755 earthquake. Pottery, be it of cockerels or household ware, continues to be the craft of note in this medieval walled market town, which lies on a plateau above the river Cavado, surrounded by beautiful green hills. 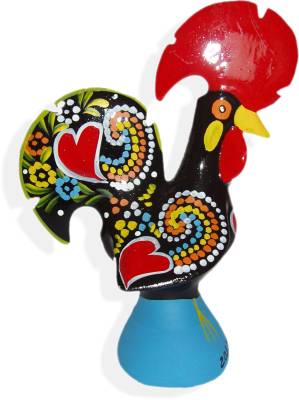 Apart from the famous cock, another gem of Barcelos is the enormous weekly market held every Thursday in the Campo Da Republica. This open square in the centre of the town is one of the largest of its kind in the country, and the market boasts a huge range of locally produced ceramics alongside other handcrafts and local goods. Other parts of interest in the town include the old Jewish quarter and the various streets lined with medieval and baroque houses. 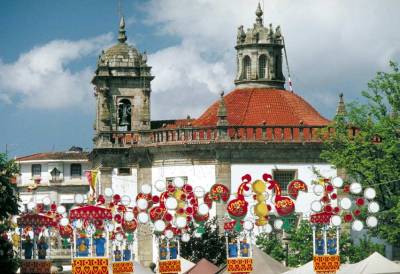 Every May A Festa Das Cruzes (The Feast Of Crosses) celebrates the date in 1504 on which a local cobbler is said to have seen the miraculous apparition of a cross on the floor of a chapel. The church, which has occupied the place of this chapel since 1704, is the Templo do Bom Jesus da Cruz, a small octagonal-shaped building containing a traditionally tiled cupola.

For those interested in Baroque architecture, the Igreja de Nossa Senhora do Terco possesses one of the most excellent interiors of this style in Portugal, with tile work showing scenes of labouring monks and the Last Supper, impressive ceiling painting and imposing altars.