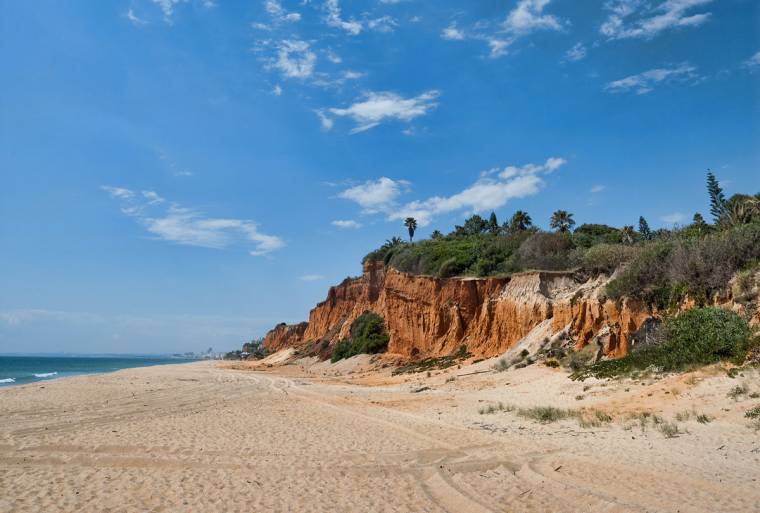 Praia de Garrao is one of the principal beaches that serve a collection of high-end resorts known as the 'Golden Triangle'. Originally consisting of little more than sandy beach and pine forest, the Vale do Lobo was developed for tourism in the 1960s, closely followed by the neighbouring Quinta do Lago. The Vale do Lobo boasts a riding school, which offers fantastic rides along the beach, and the most famous tennis academy in the country, patronised by Tim Henman. The Quinta do Lago, meanwhile, is a vast luxury holiday resort with its own golf courses and sports complex.

The Praia de Garrao stretches between these two resorts and features private areas dotted with sun-loungers as well as areas open to the general public and some of the finest beachside restaurants in the country. The most famous of these is known as 'Julias', named after a local character who established the first beach café here when the Praia was accessible only on horseback or via a torturous sandy road through the forest. The resorts are served by buses from both Loule and Almancil.

Other beaches near Praia de Garrao 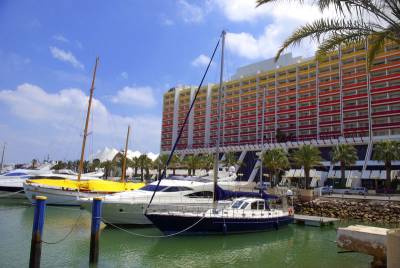 Vilamoura is more of an area than a town in itself and has grown over the past couple of decades to more or less engulf Quarteira to the east. Located virtually in the middle of the Algarve coast, within 15Km...