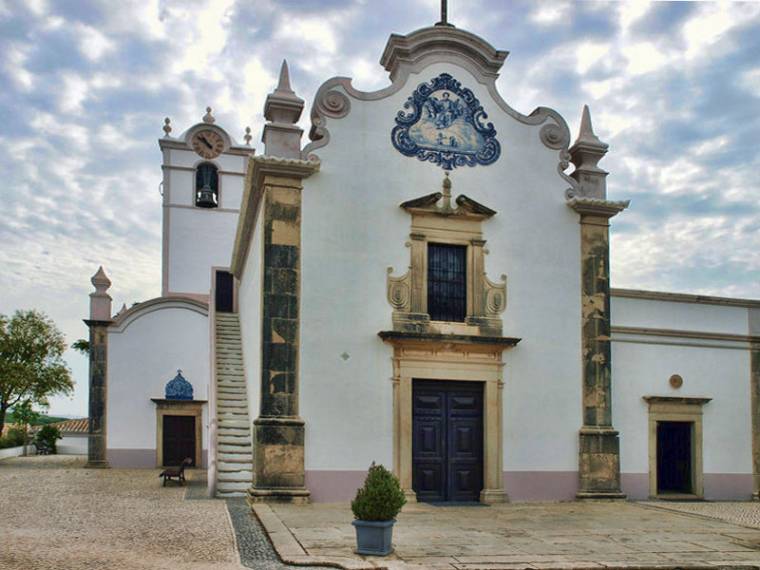 A fifteen minute drive from the main airport in Faro, the small town of Almancil is perfectly pleasant and typical of the Algarve. The neighbouring village of São Lourenço boasts a church decorated with characteristic blue tiles telling the life story of its patron saint, this example of azulejo work being particularly notable because of its age, it dates back to 1730, and the fact that it is attributed to one of the azulejo masters of the time, Policarpo de Oliveira. A stone’s throw from the church is the local centro cultural, which for many years has hosted a range of art exhibitions and musical performances. The local pottery is also widely renowned.

However, Almancil probably owes its position on the tourist trail mainly to the two very exclusive resorts located within 10km of the town. Both Quinta do Lago and Vale do Lobo are well-established developments which offer luxury accommodation, top notch food and excellent golf and have long been the holiday destination for the important and famous. The influence of their proximity is notable in the quality restaurants and stylish stores which adorn this seemingly simple market town, offering an alternative to those resident in the two beach resorts, or a decent place to stop for those just passing by.

Vale do Lobo is a far cry from the ominous English translation of its name. This supposed 'valley of the wolf' is, in fact, the most established golfing development in the area. Created in the late 60’s, before the end of the Salazar dictatorship and before any of its present competitors, its role in helping to establish the Algarve as a golfers paradise cannot be underestimated, although its tennis courts are also worthy of praise. The famous British golfer Henry Cotton designed the course, whose terrain is both varied and beautiful with wide ravines and troublesome bunkers vying with splendid views the ocean or of clusters of almond and olive trees so typical of this part of Portugal, and I dare say its proximity to the Atlantic has probably introduced the local fish population to the concept of golf balls over the years!

Next door, the immense Quinta do Lago complex is extremely impressive, with prices to match. Its five-star hotel has accommodated heads of state and fully paid-up members of the glitterati club, while its superb restaurants offer a cuisine fit for kings. Beyond this, its over 1500 acres offer no fewer than four championship sized golf courses, all situated alongside stretches of the Rio Formosa Nature Reserve and each with its own distinctive flavour. São Lourenço is par 72 and considered the most tricky with a large expanse of saltwater to overcome on some of the long drives. The Quinta do Lago and Rio Formosa courses take you through some terrain very typical of the Algarve, that is to say clusters of cork trees and the scented shade of pines. Finally, designed by American Ronald Fream, Pinheiros Altos boasts the tall pine trees alluded to in its name, along with many petite lakes and some shots that stretch even the most able golfers, despite looking cunningly straight forward.

Nearby, some of the best riding stables in the Algarve offer treks which take you through stretches of classic Algarve countryside and even along beaches.