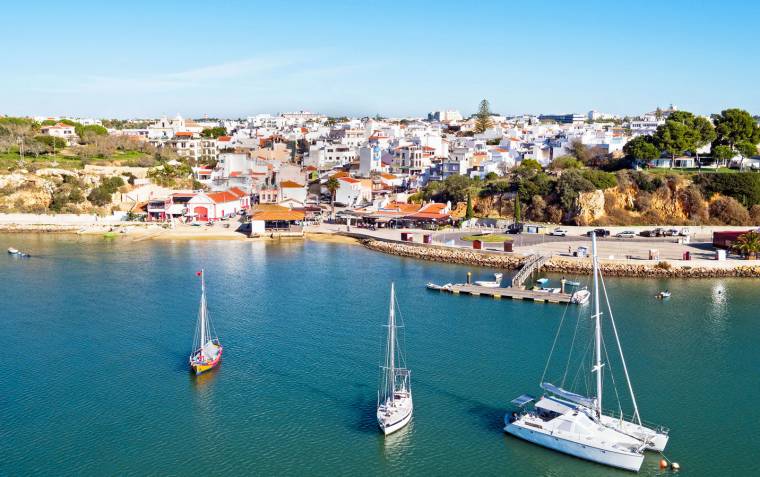 Situated roughly halfway between Portimão and Lagos is the pretty harbour village of Alvor. Given its position on the Algarve the village is remarkably unspoiled with the old village retaining much of its charm. Unlike many of the resorts along this coast it was the great earthquake of 1755 which did the greatest damage to this village and not the developers. Of course there has been building, but this has been low-rise and has largely left the core of the village and harbour unscathed. As a result Alvor has a calmer, less rowdy feel than some of the regions resort towns, and if you can live without a neon-lined strip of clubs and bars then this could be the place for you.

The history of Alvor is long, possibly dating back as far as the 4th century BC. During the Roman occupation of Iberia it was a prosperous port and later became the Moorish town of Al-bur. However, the village's greatest claim to fame is as the place where King João II died in 1495. In more recent years still, it cemented its place in the history books as the venue for the negotiations which brought about the independence of the former Portuguese territory of Angola. 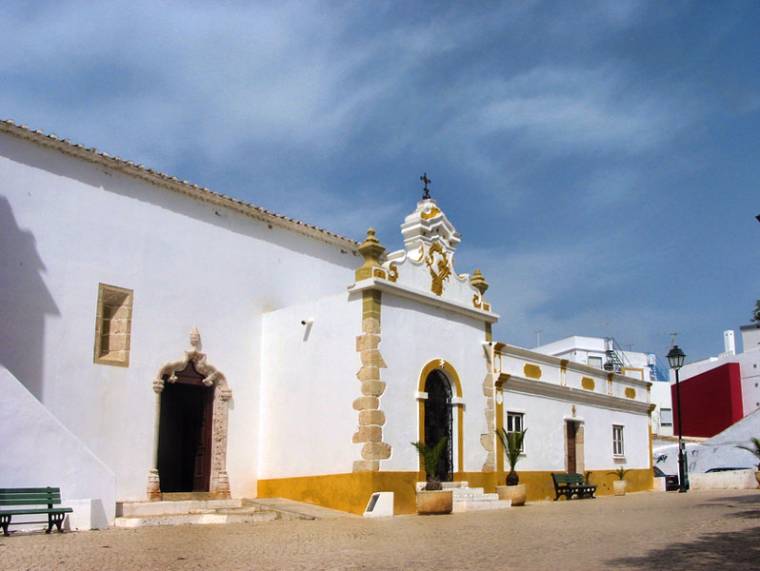 The old quarter of Alvor is set a little way inland on the banks of the Ria Alvor. From the riverside it isn't far until you are on one of the winding cobbled streets lined with whitewashed houses that lead up to the 16th century Igreja do Divino Salvador. This parish church is typical of the Algarve in many ways but is particularly notable for the flamboyant Manueline style entrance and the pillars carved into fishing ropes and plants.

Perhaps a little less impressive now than it was in its heyday is Alvor's castle. The 13th century Moorish castle is very much diminished as much of the stone was used to rebuild the village after the 1755 earthquake. Today its low, red walls are home to a children's play park.

One of Alvor's greatest assets is the wide, palm tree-lined riverfront. Stretching out in both directions, the hub is the square of Largo Ribeira with its fish statue giving a hint at what's on the menu here! There are a number of restaurants here all serving up what is regarded as some of the tastiest seafood in the region. If freshly caught fish isn't your thing then there you'll find a good range of restaurants back in the town serving everything from traditional Portuguese fare to curries. 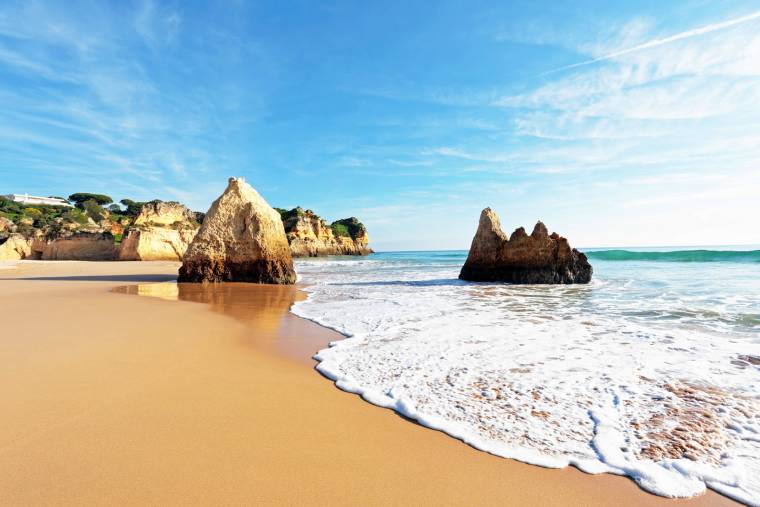 From the square you can take a short pleasant walk along the river into what almost feels like the countryside. Head in the opposite direction, past the new fishermen's huts and marina, as most people do, and you will soon find yourself on the vast expanse of golden sand that is Alvor beach.

To the west, towards the river mouth, the beach here is backed by low sand dunes. In the other directions the cliffs rise to become the typical ochre coloured sandstone that are the backdrop to many an Algarve beach. In addition the rocks become increasingly weird and wonderful with caves and grottoes along with three sea stacks in the sand known as the Três Irmãos (three brothers).

Just behind Alvor's main (Poente) beach are extensive dunes which are threaded with elevated wooden boardwalks. Together with the river estuary beyond these cover over 1400 hectares and form the Ria de Alvor Nature Reserve. As well as being a pleasant place to explore on foot, or by bicycle, this is also a haven for wildlife. This unique natural habitat is rich in flora and fauna but is best known as one of the locations on the Algarve where you can spot flamingoes. 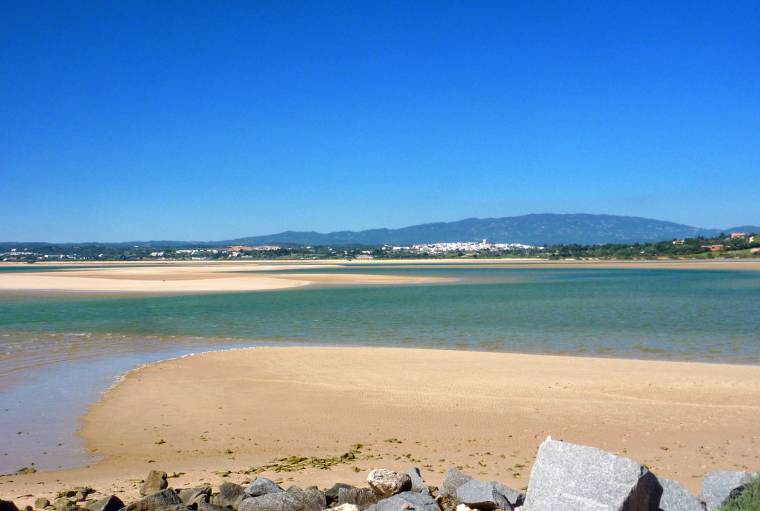 View across estuary to Figueira

Given its location, Alvor is a great spot for exploring the neighbouring towns of Portimão and Lagos. There are regular buses running from next to the central taxi rank to either town.Both towns are bigger, and Portimão is definitely a little brasher with Praia da Rocha offering all the partying you could ask for. Lagos would be my choice with its fantastic little coves and historic town, although it is slightly further