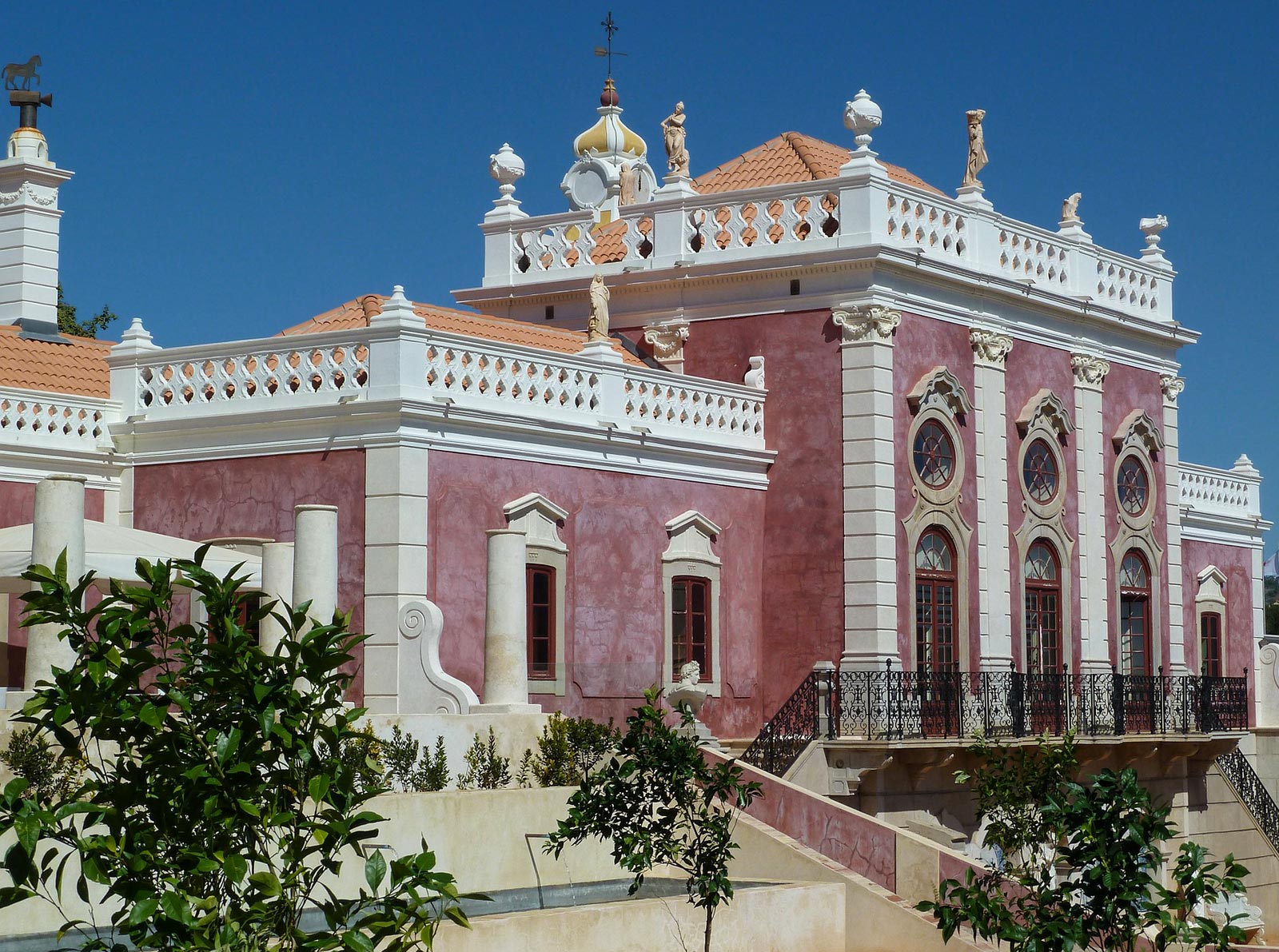 Situated less than 10 km from Faro and the coast is the charming little town of Estoi. It is well worth a visit if you are staying on the coast although it probably doesn't constitute a day trip in its own right.

The village is the usual Algarve mix of cobbled streets, whitewashed houses and terracotta roofs. However, being just a few kilometres inland makes it a very different, much more relaxed world than the nearby coast.Pleasant as the village is, most visitors tend to come to Estoi for its two major attractions; the Palácio de Estoi and the Roman Villa of Milreu.

The Palácio do Visconde de Estoi is located short walk from the village's main square. This recently renovated 19th century palace, with its fine pink Rococo facade is now an upmarket pousada. Previously it had been left to fall into disrepair and near ruin. The palace's gardens are where visitors tend to spend most of their time enjoying a stroll amongst the palm trees and fountains. 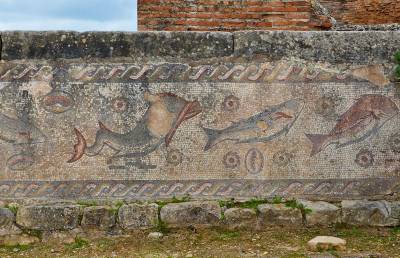 Close by (around 15 minutes walk) are the ruins of the ancient Roman complex of Milreu. The site is centred on the well-preserved ruins of a Roman villa dating back to the 2nd century AD. Here you will find time-worn columns, a large temple and several mosaics that were once part of a bath house.

Besides these two better known attractions there are plenty of opportunities to pass some time watching life go by seated outside one of the town's cafes. Whilst you are here it is also worth having a look at Estoi's main church, the Igreja Matriz. Inside the neoclassical styled church is an alter that is reputed to have been constructed from wood recovered from boats.

The village was named Estói (with and accent) but this was changed to Estoi in 2014.