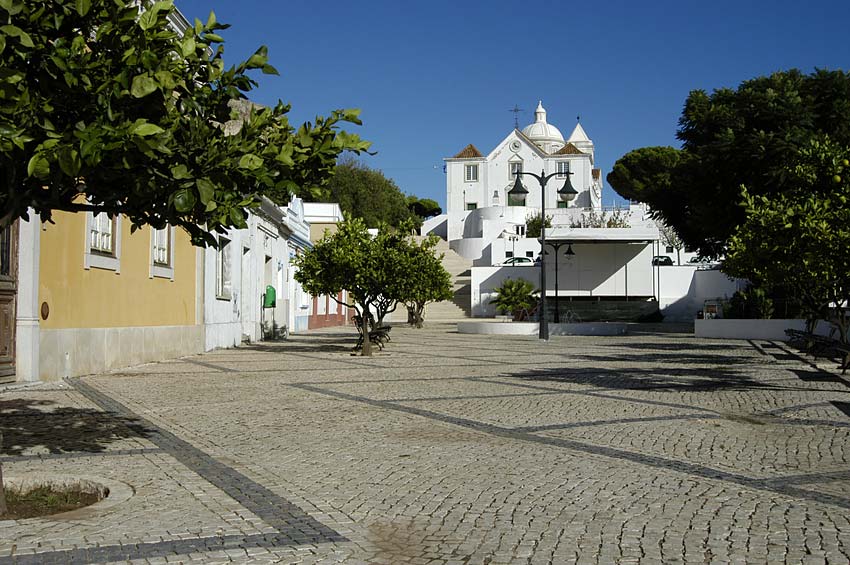 Set in the rolling green landscape overlooking the broadening of the river Guadiana is the timeworn village of Castro Marim. Not far from the Atlantic Ocean and just across this natural border with Spain Castro Marim has been strategically important throughout history. As far back as Roman times the river here was used to mark the boundary between what was then Lusitania and Baetica, which were to become Spain and Portugal respectively.

But Castro Marim's history predates even the Romans and there is evidence of Stone Age settlement here dating back to around 5,000 BC. In those days the lay of the land was somewhat different with the village closer to the sea and actually on a small island surrounded by shallow waters of the estuary. Later, in the age of metals, Castro Marim became a port for Phoenician ships sailing up and down from Alcoutim carrying metal ores and other wares.It was only in the 17th century that the village became landlocked and stranded from the river which was its lifeblood. 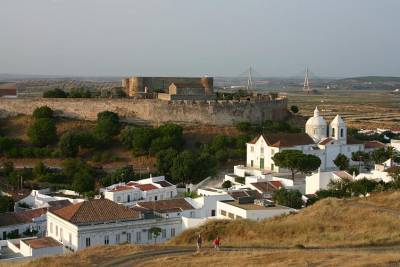 Like most of the Algarve, Castro Marim was occupied by the Moors. For five centuries they defended the village from a primitive hilltop fortress. However, in 1242 the Reconquests swept the region and the Christian forces of Afonso III recaptured Castro Marim.

It was during the ensuing years that Castro Marim's character as a fortress-town was set. The policy of the king was to repopulate and defend the recaptured areas of the kingdom. For somewhere as strategically important as Castro Marim this meant building an impressive castle, which now dominates the town. Not only was the village physically fortified, but spiritually with it becoming the headquarters of the order of Christ, established in 1319 to replace the Order of the Knights Templar.

Much of the Order's activities centred on the chapel (the Igreja de Santiago) within the castle walls and it is said that Henry the Navigator was a regular visitor here. In fact there is an inscription on the walls saying Henry, who was at one time head of the Order, actually lived here. Sadly, as with many of the regions historic buildings, the chapel was all but destroyed by the 1755 earthquake. 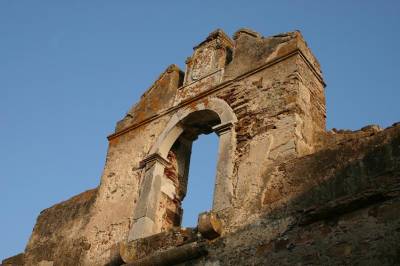 Today, one can wander the walls of the castle with its spectacular views of the river, saltpans, coast and bridge to Spain. There is also a small museum within the castle with displays of local archaeological finds.

Although the Order of Christ moved its headquarters to Tomar and the river changed its course Castro Marim saw its fortunes somewhat revived in the 16th and 17th century with the building of a second fortress, the Fort of São Sebastião, on a neighbouring hilltop. This made the village the most important military base in the Algarve. Whilst access is restricted to this fort there is a Medieval festival during the last weekend of August when visitors are permitted.

Castles aside, Castro Marim itself is a charming Algarvian village of cobbled streets, whitewashed walls and terracotta roofs. Here and there you will spot a flourish of bright blue painted motifs and geometric patterns on the facades of the neat little cottages. 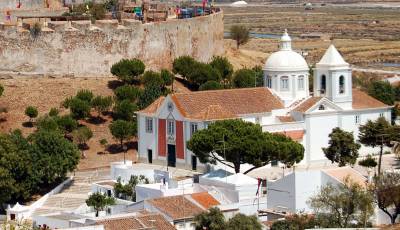 Perhaps the most notable building besides the castle is the 18th century church, the Igreja de Nossa Senhora dos Mártires. Brilliant white in the Algarvian style the church has several fine features, most notably the impressive dome and bell tower. There is another church in the village, the Igreja de Misericórdia, which, whilst unimpressive from the outside does have a fine interior. 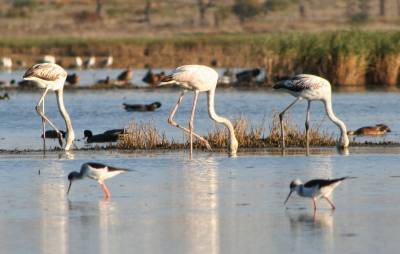 Surrounding Castro Marim are an area of saltpans and the Reserva Natural do Sapal, a 2,000 hectare marshland. This unique ecological habitat is best known for the flamingos which stop off here to feed. However, it is also home to many other species of animal and plants. There are literally hundreds of other species of birds here including storks, avocets and spoonbills, some of which are residents all year round. From a purely scientific point of view it is the shellfish here that are of most interest, however it is the rare Mediterranean chameleon that particularly interests me.