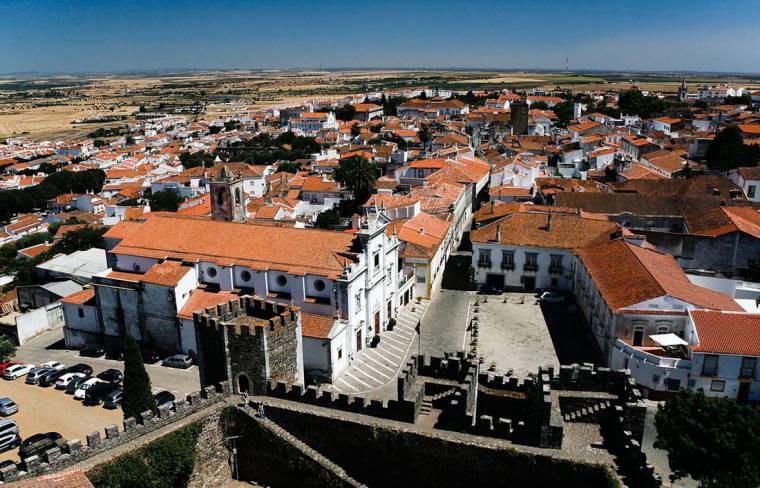 Beja from the castle
Digitalsignal

Inhabited since the Bronze Age, Beja became capital of the Lower Alantejo region under Roman rule in the 1st century and thence known as Pax Julia, after Julius Caesar. The Visigoths renamed it Paca until the invasion of the Moors in the 8th century where the definitive name Beja was declared. Its evident importance is perhaps owing to its stunning location rising sharply out of the fertile plains of the Baixa Alentejo, its majestic form still crowned with a castle dating back to the 14th century. 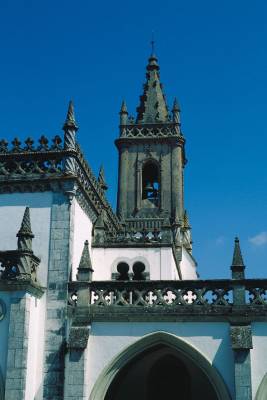 Amongst the ex-libris of this medium sized town, the Convento da Nossa Senhora da Conçeição ranks highly. This impressive building boasts a mixture of architectural styles and tiles of Hispano-Arabic design. It is also the scene of an enigmatic story of unrequited love. Reputedly a young nun, on being abandoned by her lover, a French military officer, wrote a series of heartfelt love letters which gained literary acclaim in France in the 17th century.

The Rainha Dona Leonor museum resides in the convent and in two other buildings that share the same square. Displayed within are artefacts and relics telling the tale of the numerous cultural influences which have left their mark on this part of Portugal. It also houses a reputable collection of European paintings from the 15th century onwards and some very impressive azulejos both from Portugal and neighbouring Spain.

The dominating castle, built by Dom Dinis where a Roman fortress once stood, lies in relative ruin. Some ramparts have been restored and the towering keep, the Torre de Menagem, stands strong despite the invading ivy. Its 36 metres can be climbed via an ancient staircase giving the visitor access to some breathtaking views of the surrounding region and of the old town itself. Leaning humbly against the defensive walls is the ancient church of Santo Amaro. Dating back to the 4th century, it is one of the few remaining examples of Visigoth churches in the country and contains what could be described as the most important collection of Visigoth artefacts, given that relatively little is known about that period.

Crafts of particular note here include copper pieces of houseware, hammered in the local style, and the Pão de Rala is a local sweet bread made from pumpkin.

Beyond Beja, this region holds other delights in the form of its neighbouring towns and villages. The Roman ruin of the hermitage of São Cucafate, found in Vila de Frades, is in fact the only remaining villa with two floors in both Spain and Portugal and amongst its frescos are some dating back to the 1st century. The palace at Alvito has interesting origins, now housing a luxury pousada, and the simple chapel of São Sebastião boasts beautiful frescos and underground caves.