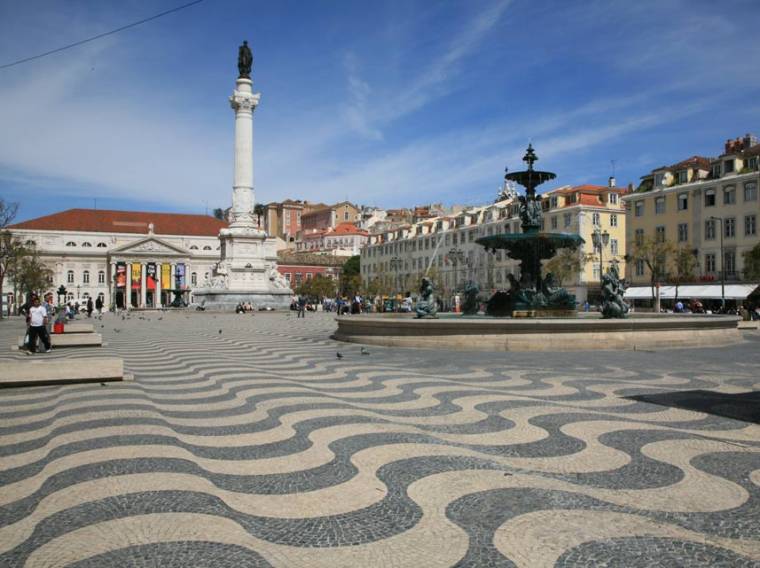 Lisbon's main square - Praca Dom Pedro IV, more commonly known as Rossio. Situated at the northern end of the Baixa, Rossio is Lisbon's oldest square and was previously home to the Inquisitional Palace where heretics where tried and, often as not, executed.