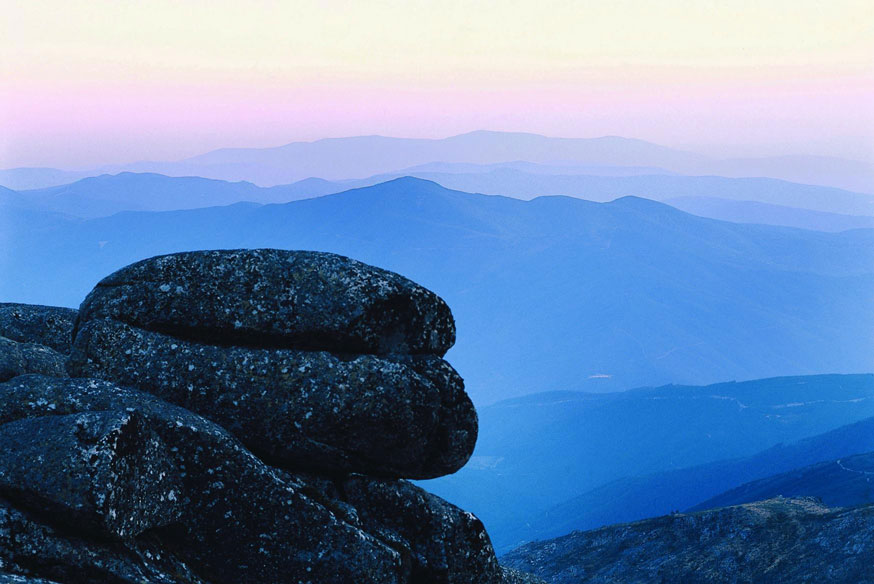 The Serra da Estrela is a wonderland of mountains. Clean air, crystal-clear streams and the ubiquitous sheep make it a magical destination far away from modern life. In the winter, the snowy peaks are a playground for skiers, Penha da Saude being one of the most popular slopes, and in the spring wild flowers grace its lower slopes. In one glacier valley in the South East of the area lies the charismatic town of Covilhã, known affectionately as the Gateway to the Serra da Estrela. Naturally, the views from here are stunning, the Varanda dos Carqueijais just behind the town is a good place to stop and admire, and it provides an excellent base for anyone wanting to explore the local area. The highest mountain in the range, Torre (tower in English) is not far away, and at nearly 2km above sea level it is also mainland Portugal’s loftiest point, Pico in the Azores taking the overall prize. Interestingly, the name Torre derives from the 7m tower which King João V ordered to be built here 1816 so that the official height may be exactly 2,000m.

It is a city with an air of freshness and space whose original town walls date back to the 12th century. However, much of the architecture hails back to Covilhã’s golden age when it was the heart of a thriving woollen industry mainly operated by the town’s sizeable Jewish community. Indeed the town had been the leader in manufacture of cloth from times of Moorish rule. Only in the 1500s, following the discovery of far-flung lands and the consequent introduction of silk, did this slow down. However, its textile production did continue in post 16th century Portugal thanks to the foresight of King João V who commissioned the country’s military attire from Covilhã’s looms, and again in the late 1700s when the influential Marques de Pombal set up the Real Fábrica de Panos here. This factory created enough wealth that in 1870 the town’s status was raised to that of city. Now the impressive old factory building is part of the University of Beira Alta and houses a museum dedicated to the industry.

One of the city’s most famous sons was Pêro de Covilhã, an explorer sent to the Orient by João II in 1487 (a trip often considered the groundwork for the more famous spice route discovery of Vasco de Gama) and whose adventures are commemorated in his statue which stands surrounded by the fine arcaded buildings of the main square, the Praça do Município. A fine example of art-nouveau style can be found in the Palacete-Jardim building next to the municipal gardens, along with some interesting tile work. The ancient Jewish quarter boasts fine Manueline specimens in some of the windows on the Rua das Flores. The chapel of São Martinho, however, has a style which predates all the rest and is typical of robust Roman architecture of the 7th century. Inside it displays a panel of 500 year-old hispano-arab azulejo tiles. For tile enthusiasts, the entire façade of the Santa Maria church is a glorious display of blue and white telling the story of the Virgin Mary, albeit in tiles laid in a 20th century refurbishment. The gothic Santa Cruz chapel, or Capelo do Calvário, also merits a visit with its nartex - a separate entrance and area reserved for penitents, the mentally infirm, women and other personas non-gratas so that they might attend mass.