Set on a plateau high in the hills of Beira Alta, the regional capital of Viseu retains a medieval feel to what was once a walled centre and has been an important crossroads since Roman times. In fact, the Romans kept a large garrison of soldiers here, the most important yet to be uncovered by archaeologists in Portugal and the buildings of which apparently covered around 40 square hectares. 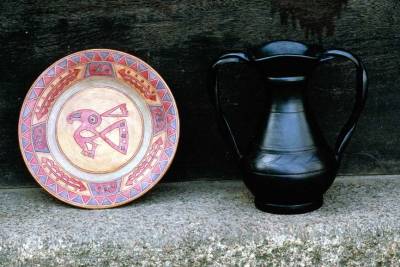 Although not famed for bustling nightlife, Viseu is a busy provincial city full of artistic treasures, historical churches and a strong culture of local crafts. Surrounded by rich agricultural land and pastures of grazing sheep, the area is also renowned for its fine cheeses and is the centre the production of Dão wines. With the majority of vineyards boasting vines of at least half a century in age, winemaking is a firmly rooted tradition here. The red is sometimes compared to a Burgundy because of its garnet colouring and full bodied taste and the whites are also becoming increasingly popular around the globe. The special appeal of these wines is largely owing to the altitude and therefore temperature of the land and the resulting unique strains of grape. Local artisans produce a variety of crafts from intricate handmade lace to the black pottery typical of the area, all of which is available at local markets throughout the region. 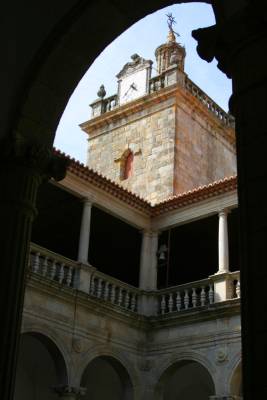 Within the city, the Grão Vasco museum offers the opportunity to view the internationally respected work of the 15th century artist Vasco Fernandes, who lends his name to the museum and even a local wine. The influence from his Flemish contemporaries is notable, and he is renowned for the detail and naturalism of his work. Other Portuguese painters from that period and more recent ones are also on display alongside some particularly good examples of sculpture. Another famous son of this town is the composer Augusto Hilário, credited with the creating the style of Fado typical of another great Beira city, Coimbra in the 1890s.

Being situated at the highest point, the Cathedral dominates the town with its two towers. After many refurbishments, it now displays little of the style of the 13th century in which it was built but is still an important building with a cloister that boasts two storeys, a sacred art museum and an attractively painted ceiling in the sacristy. Besides the Sé, churches and convents are plentiful in Viseu and the Igreja dos Terceiros de São Francisco is renowned for its gilt work. 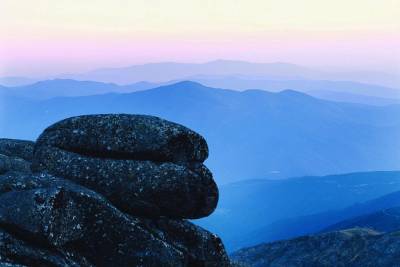 However, one of the major attractions of Viseu is found in the mountains and hills which surround the town. To the south and southeast, the Serra da Estrela is one of the most popular recreational destinations of the Portuguese all year round and contains the highest points in mainland Portugal. In the colder months winter sports such as skiing are available in its snowy peaks and through the summer it is a peaceful and beautiful place in which to walk, fish, picnic and camp. Various routes guide the driver through the mountain range taking in breathtaking views, lakes, gorges, streams, tiny remote villages and some places which feel remarkably untouched by modern life. The Mondego River starts here and wildlife thrives in many forms, including wolves. Traditionally, dogs left in the hills to protect flocks of sheep have worn collars with long metal spikes to protect them from their wild cousins or other predators. These dogs have typically been a hardy breed unique to the Estrela Mountains – the Cão da Serr