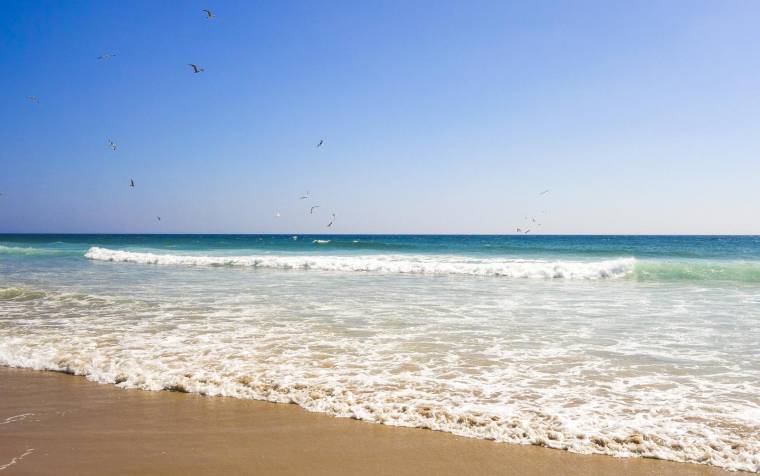 Beach 19 lies between the more traditionally named Praia da Bela Vista and Praia Fonte da Telha in Costa da Caparica. Just across the bridge from Lisbon this massive stretch of sandy coast is widely regarded as a beachgoer's paradise.

Before we go on it is worth explaining the name of this beach. The beaches of Costa Caparica are served by a miniature train known as the "Transpraia" which runs from the town at the northern end, all the way to Fonte da Telha about 10 km to the south. There are a total of 21 stops along the way of which Praia 19 is the 19th.

Praia 19 was originally one of a handful of official naturist beaches in Portugal. However, over time the beach has remained a nudist beach but has become almost exclusively gay. It probably developed this way as this was one of the more remote stretches of the Costa da Caparica.

The backdrop to Beach 19 is the nature reserve of Paisagem Protegida da Arriba Fóssil. This begins with an area of grassy sand dunes which stretch back to high sandstone cliffs and forests beyond. There is very little in the way of development or facilities along this section of coast. Snacks and drinks can sometimes be purchased from beach vendors, or alternatively it is a short walk to neighbouring Fonte da Telha which has a few cafes and bars.

Other beaches near Beach 19 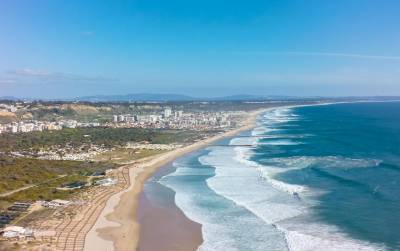 A stone’s throw away from the capital on the southern side of the Tejo River, the Costa da Caparica is basically a long stretch of sandy, clean beaches to suit all types of beachgoer. Stretching right down to the Cabo...