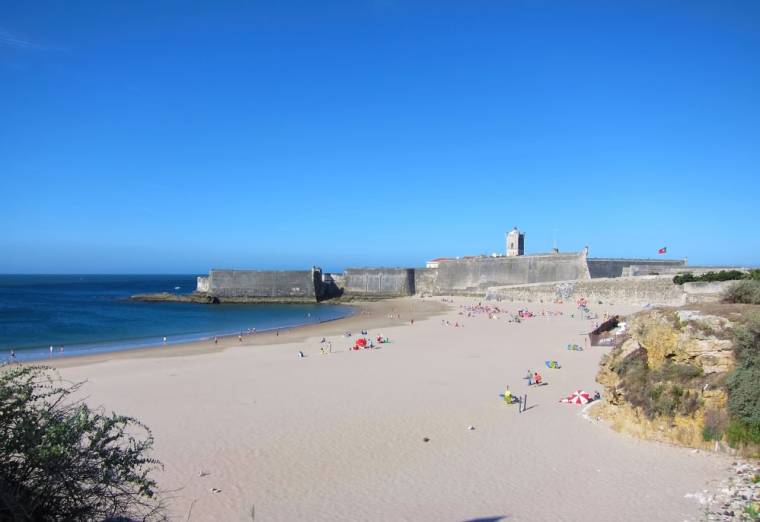 Separated from neighbouring Carcavelos beach by the small headland that is home to Forte de São Julião da Barra is the sandy little crescent of Praia da Torre.

If you don't fancy the surf at Carcavelos then Praia da Torre may be a better option as it is not only more sheltered from the swell but often less crowded. With a lifeguard service during the summer months this makes Praia da Torre a popular family option.

Whilst the water quality at Praia da Torre is reasonable (and carefully monitored) it is still a mix of water from the river and the ocean. The seawater only becomes what you would describe as clean from Estoril and west.

A couple of kilometres towards Lisbon is the next nearest beach - Santo Amaro de Oeiras. This is easily reached by the wide promenade running behind the beach. There is plenty to see along the stretch of coast between the two beaches including the Oeiras Marina and a large outdoor saltwater swimming pool, the Piscina Oceânica de Oeiras.

Other beaches near Praia da Torre