Silves' red sandstone castle, which dominates the town, was built by the Moors who held the Al-Gharb (Algarve) region from the 8th to 13th centuries.  During this time, Silves (known at the time as Xelb) became an important centre of trading and culture and was the capital of the Al-Gharb.  In the late 12th and early 13th centuries the town witnessed sieges, battles and much bloodshed as the Moors and Christians from the north fought over this strategically important site.  The Muslims were finally expelled in 1249 and from this time onwards, as the river silted up, closing off trading access to the sea, the town declined in importance.

Today a highlight of any trip to Silves is to climb up the narrow streets to the castle and admire the panoramic views to be seen from the battlements.  If the castle looks pretty well preserved, that’s thanks to extensive renovations in the 20th century which make this possibly the best-preserved medieval castle in the Algarve. There’s not that much to see of the interior, although the Cisterna Grande, a vaulted cistern (said to be haunted) is a pretty impressive example of 13th century engineering.

Other attractions near Silves Castle 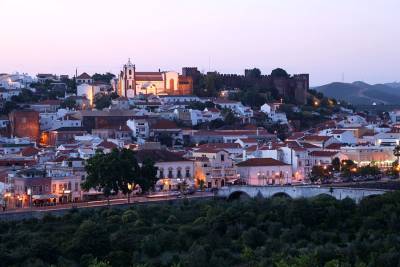 Silves is an attractive town with a rich history built on the banks of the River Arade. The river was navigable in historical times and represented an important link between the hinterland and the coast. The town, which is...