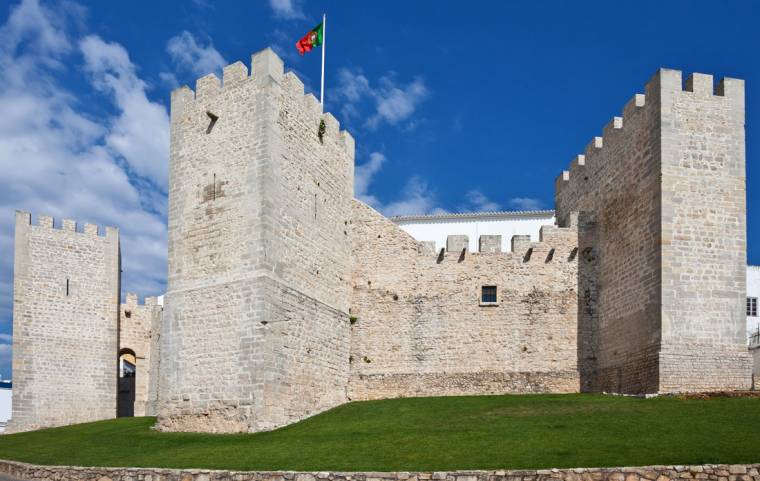 The castle at Loulé formed what would have been the northwestern corner of the city walls. What remains of the original castle are the gate tower and three further towers along with the walls that connect them. All seem in remarkably good condition, and this is largely due to the extensive restoration work during the 19th century.

Loulé Castle suffered extensive damage during the 1755 great earthquake and was again damaged by a much lesser earthquake in 1969.

Along with many of the Algarve's other castles, Loulé's dates back to the Reconquest from the Moors in 1249. This campaign was lead by Dom Paio Peres Correia and the street on which the castle is located pays reference to this. The site had previously been used as a fort by both the Moors and the Romans, as far back as the 2nd century.

Within the castle's courtyard is the town's Municipal Museum which features some interesting archaeological collections. This whitewashed building was formerly the 'Alcaidaria', which during the middle ages would have been the residence of the town’s governor.

It is free for visitors to explore the walls, although there is no access to the towers themselves. Given its strategic position you won't be disappointed by the great views from the castle's ramparts.

Other attractions near Loulé Castle 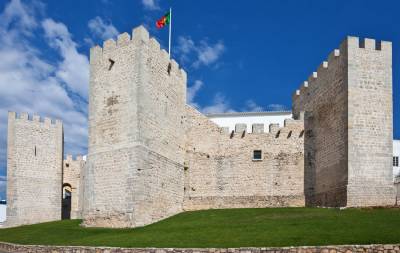 The quaint, traditional market town of Loulé, located about 15 kilometres north of Faro, in the Algarve, was originally founded as a Roman fort, probably in the second century B.C., but began to truly flourish...