The Igreja de Nossa Senhora do Pópulo, also referred to as the Igreja Matriz das Caldas da Rainha is a quirky little church adjoined to the thermal spa. Indeed it was built as the private chapel for the spa in 1500. The style is mainly Gothic with a notable Manueline belfry which was completed several years later.
The architect of this small church was Mateus Fernandes, who's greatest work was the Imperfect Chapels (Capelas Imperfeitas) of the Batalha Monastery.

Inside the church is some fine azulejo tile work which was actually added as late as the 1940s, although the tiles are 17th century. Worthy of note is a fine triptych of the Passion of Christ.

Other attractions near Igreja de Nossa Senhora do Pópulo 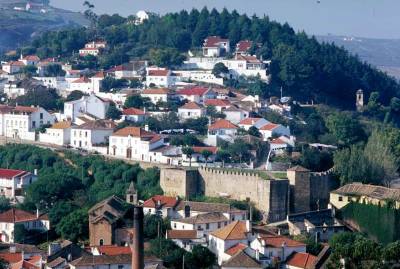 The origins of the spa town of Caldas da Rainha lie in a journey made by the 15th century Queen Leonor to her father-in-law’s funeral in neighbouring Batalha. Upon coming across peasants apparently bathing in...