The origins of the spa town of Caldas da Rainha lie in a journey made by the 15th century Queen Leonor to her father-in-law’s funeral in neighbouring Batalha. Upon coming across peasants apparently bathing in unpleasantly smelling water, the queen enquired as to their motivation and was informed that the waters held curative powers. Leonor, herself rheumatic, put the waters to the test and on feeling relief from her affliction, ordered the construction of a thermal hospital so that others might benefit. The name of the town literally translates as the ‘Spas of the Queen’. 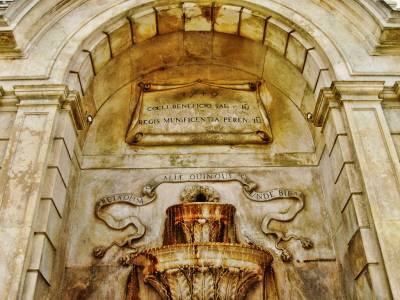 Regular visits to the thermal clinic by King João V in the 1700s and the arrival of the train in 1887 helped Caldas to its peak in popularity in the late 19th century and the buildings still stand, although greatly altered from the originals. The end of the monarchy in 1910 was a nail in the coffin of the already dying trend of spa therapy and nowadays Caldas da Rainha is more connected to its standing as a centre of crafts, in particular ceramics.

Louça de Caldas is a glazed pottery from an ancient local trade. Although most industry here dates back to the end of the 19th century, evidence of pottery in the area stretches back much further into history. The area is renowned for the abundance of clay in its soil, indeed the name of the neighbouring village Bombarral means literally ‘good clay pit’. One of the traditional themes of this pottery is nature and pieces often represent green leaves, fruit or seafood. The soup tureen in the shape of a cabbage is particularly well-known. Humoristic and caricature pieces are also popular.

The Casa-Museu São Rafael is a museum and shop devoted to the nature-inspired ceramics and the Museu de Cerâmica holds a collection of local and European ceramics from the last 400 years. Factory showrooms, for example Secla and Armando Baiana, offer a wide selection of typical Caldense wares, however roadside stalls on the outskirts of the city might provide a cheaper alternative.

At the heart of the city lies the Praça da República, where a colourful market takes place daily and the cafes serve the local confectionary of Cavacas das Caldas, a crunchy shell-shaped biscuit, or Biejinhos das Caldas (little kisses) their diminutive cousin. Over 100 years old, the Dom Carlos I Park was built to complement the therapeutic industry in the town and boasts an abundance of sculptures. 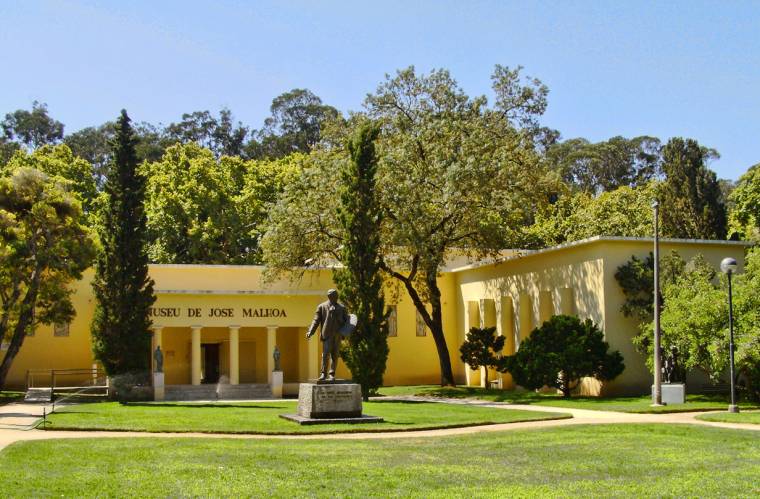 For art lovers, two centres stand out. In the Museu de José Malhoa, Portuguese naturalist art is the general theme and the works of Malhoa and other painters of the last two centuries take centre stage. It is more the production of art that is the focus of the Centro de Artes, with eight workshops and larger outside space dedicated to the sculpture of different stone from around the country amongst other things.