There's been a lighthouse to warn ships of the treacherous waters around Cape Espichel  since 1430.  The fully automated structure that we see today was built in 1730 and rises 32 metres above ground level and the tall cliffs of the cape.  It is said to be visible for almost 40 kilometres out to sea and emits a loud siren when conditions are foggy.

The oldest part of the lighthouse is the white, hexagonal tower, the buildings surrounding it being much later additions.

The lighthouse is occasionally open to tours on Wednesday afternoons, but explanations are all in Portuguese.

Other attractions near Cape Espichel Lighthouse 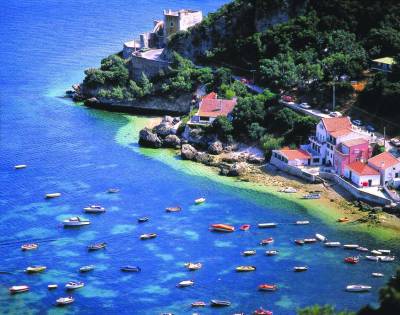