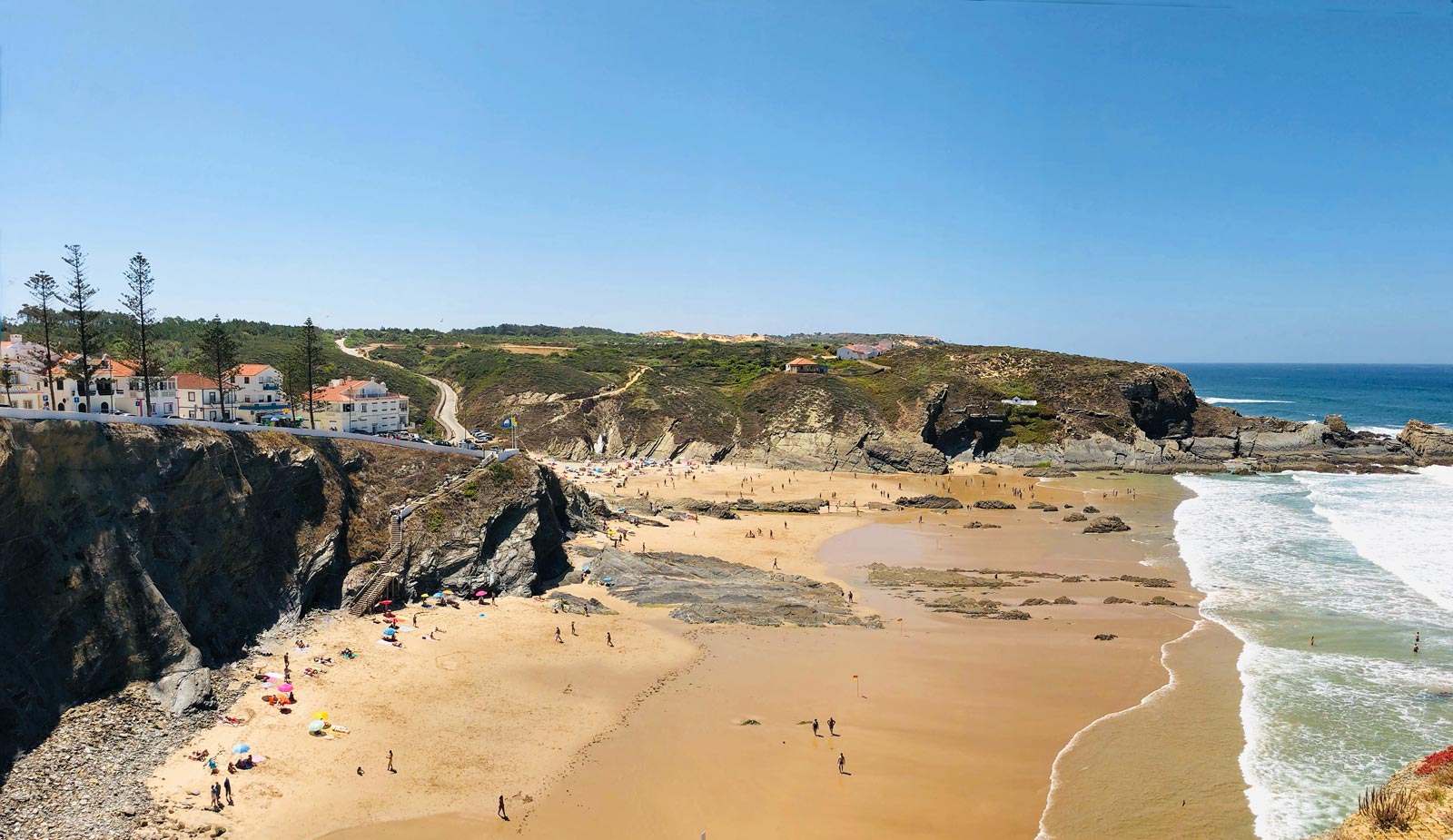 Zambujeira do Mar is located in a fairly isolated spot at the southern end of the Alentejo coast. Set in the Costa Vicentina and Sudoeste Alentejano Nature Park this laid back seaside village still retains much of its charm. A huddle of whitewashed walls and terracotta roofs sits on top of the steep cliffs which overlook the beach here.

Perched at the northern end of the beach is the chapel of Nossa Senhora do Mar whilst at the southern end are the rocks known as the Palheirão. This is a good-sized sandy beach and a Blue Flag beach you can rely on there being plenty of facilities, clean bathing water and a seasonal lifeguard service. Zambujeira is also a popular surf spot which attracts many travelling surfers and there is a similar scene to Vila Nova de Milfontes up the coast.

Of course the main attraction of Zambujeira Do Mar is its fantastic beach which becomes very popular in the summer with a mainly Portuguese crowd. However, in the second week of August things really kick off with an international music festival, the Festa do Sudoeste. This is one of the biggest music festivals in Portugal and has featured many big names from the rock and indie world.