Setubal Climate and When to Go?

The bustling port of Setubal lies on the coast, around 45 kilometres south of Lisbon.  From May to October the weather is usually warm, with plenty of sunshine, and the months of July and August are hot and dry.  During the peak summer season it is unusual to see temperatures drop far below 25⁰C (77⁰F) and rainfall is a rare event.  Winters are fairly mild but from November to March grey, overcast weather and rain is quite common. June and September can be the best time to visit for those wanting to combine days to the beach with fewer crowds. 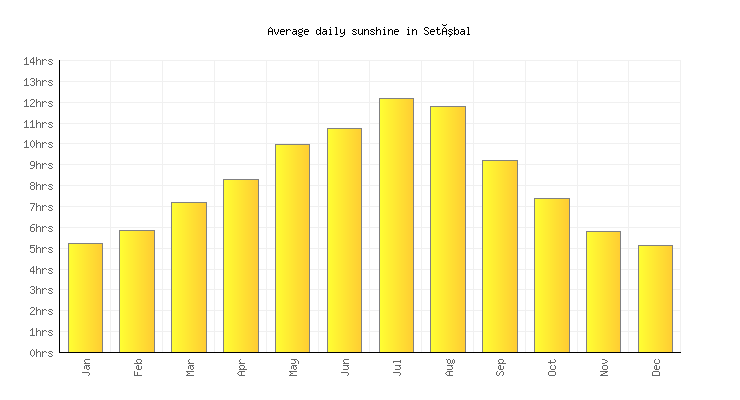 Although visitors in March and April are quite likely to experience some overcast and rainy days, by May daytime temperatures of around 18⁰C (64⁰F) or above are not uncommon.  Visitors in May and June are likely to be able to enjoy time on the beach, and June sees an average of fewer than 5 days of rainfall in the entire month, with up to 9 hours of daily sunshine.  Late spring is considered by some to be the best time to visit.

July and August in Setubal are dry and hot and visitors during the peak summer season would be unlucky to experience any rainfall apart from the occasional brief, summer shower.  Daytime temperatures rise to around 27⁰C (81⁰F), although the proximity of the Atlantic means that night-time temperatures tend to be less uncomfortably hot than in Mediterranean destinations. 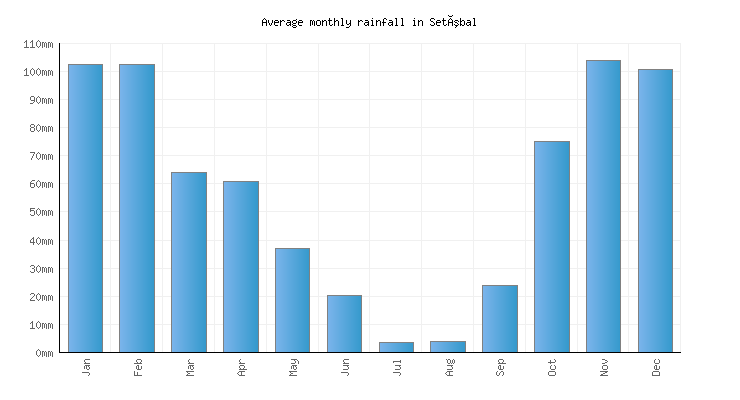 In early September the weather usually remains warm and sunny to enjoy days on the beach.  Moving into later autumn, temperatures drop and rainfall becomes more likely, especially in November.

Although temperatures in winter remain milder than northern Europe – it is rare to see temperatures below 5⁰C (41⁰F), the likelihood of rainfall and overcast days prevent Setubal from being seen as a winter sun destination.  In December and January it is not uncommon to see as many dull or rainy days as bright, sunny ones.