Lisbon Weather and When to Go?

Lisbon is a city for strolling around the cobbled streets, eating al-fresco and enjoying the beaches, parks and cultural highlights.  But when is the best time to go? Not surprisingly, July and August are considered peak season, with the best temperatures and virtually no rainfall, but don’t expect to avoid the crowds if you visit around this time. Although the winter months are relatively mild, being on the Atlantic coast the city can’t be described as a winter sun destination, experiencing almost as many rainy, overcast days in the period from November to February as clear sunny ones. Most people who know the city would probably agree that early June is one of the best times to visit.  At this time the weather tends to be warm enough to enjoy the beaches and outside spaces and this is a time when the locals celebrate a number of popular saint’s days, culminating in the feast of Lisbon’s patron saint, St Anthony on 13th June.  Expect folk music, dancing and delicious sardine barbecues around the city’s many squares, and streets festooned with brightly coloured decorations and flowers. 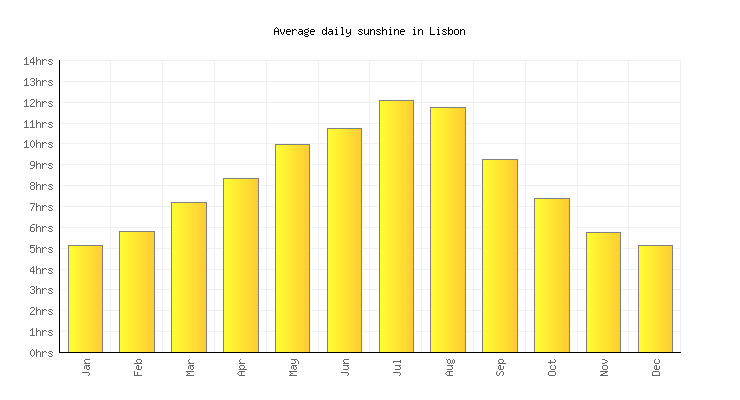 From March to May the daytime temperatures improve steadily and by May there is a realistic chance of being able to spend time on the beach, although sea temperatures remain at a refreshing 17ᵒC.  April tends to experience more rainfall than March, with a real possibility of thunderstorms.  The evenings are likely to be fairly cool during the springtime, so it is a good idea to pack warmer clothes to keep away the chill.

June sees less rainfall than early spring, although the month still experiences an average of around five day’s rainfall. The average temperature in June is just above 20ᵒC (high 60sᵒF), with the possibility of some days reaching 25ᵒC (77ᵒF). The night-time temperatures in June remain around a comfortable 15-16ᵒC (60ᵒF).

As well as there being a good chance of experiencing warm, sunny days, springtime is a time for blooming flowers in the parks, botanical gardens and window boxes around the city.  In the first two weeks of the month, the locals hold carnivals to celebrate saints Pedro, Joao and Antonio’s feast days.  Each district of the city competes to put on the best displays of decorations and street music and the delicious aromas of grilled street food make this a perfect time to explore the city streets, plazas and parks.

Summer is the time to enjoy the city’s beaches and maybe take a cooling dip in the azure sea.  Not surprisingly, this is when the beaches and attractions are most crowded, and accommodation may need to be booked well in advance.  Despite the crowds, the beautiful, vibrant city retains its charm and evenings are the perfect time to take a stroll around the narrow streets of the Alfama Old Quarter or along the waterfront, taking in some breathtaking views of the red-tiled rooftops and enjoying the warm welcome in the city’s tapas bars and restaurants. 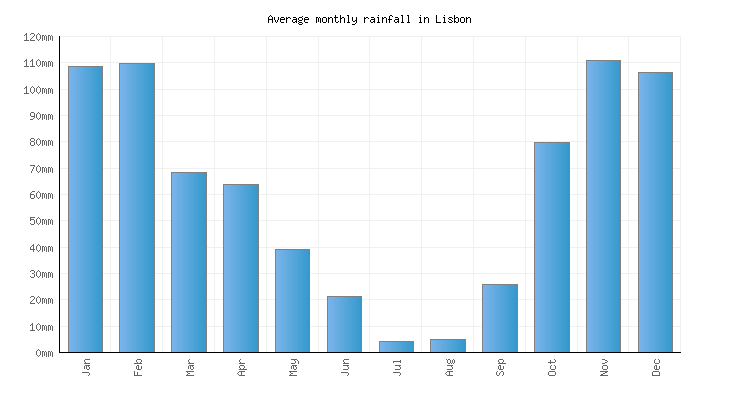 The sea temperatures remain warm through September and October, and the occasional day on the beach remains a distinct possibility right through to the end of October.  Lisbon is a city to be explored by foot, and the cooler autumn temperatures can make this a good time to visit. Towards the end of September and October, good deals on flights and hotels become a realistic possibility.

The winter months are generally quite mild, with average daily temperatures hovering around 15ᵒC (59ᵒF). Although there are plenty of bright, sunny days, Lisbon also experiences quite heavy rainfall during the winter months, and from November through to February visitors are as likely to experience more grey, overcast days than in some other destinations at this latitude. Having said that, if the purpose of a visit is to enjoy the museums, restaurants and many cultural delights on offer, then the winter months can be a great time to grab a bargain break.