Estoril Climate and When to Go?

The lively, palm-fringed resort of Estoril ,makes the ideal alternative holiday base for nearby Lisbon, but when is the best time to visit?

The excellent beaches along this part of the coast can usually be properly enjoyed by sun worshippers from June until the middle or end of September, with average temperatures in the 20s ᵒC (high 60s-high 80s ᵒF) during the summer months. Winters here are generally mild, but the Atlantic rains and cooler temperatures prevent Estoril from being considered a winter sun destination.  To avoid the crowds, and still have a good chance of spending some days on the beach, many consider late spring or early September the best time for a visit. 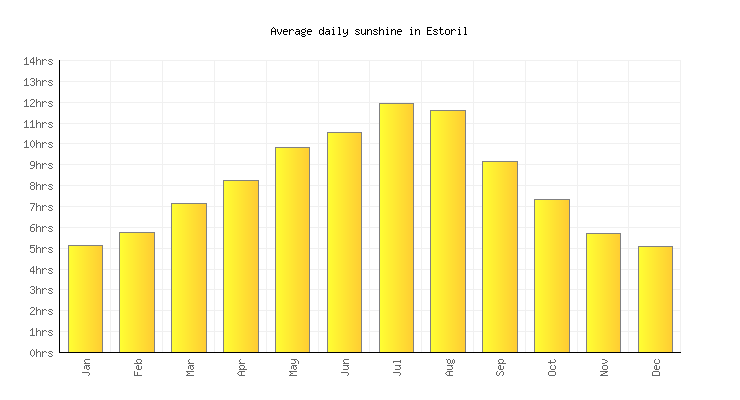 Although the weather in March and April can see quite a few rainy days, these are often sudden cloudbursts rather than persistent rain.  Spring can be a good time to get deals on flights and accommodation, and for those wanting to spend time on Estoril’s excellent golf courses or to explore the region, rather than spending all day on the beach, late spring can be an excellent time to visit.  In early June, nearby Lisbon goes into carnival mode, celebrating the feast days of a number of Patron Saints, culminating in the feast day of St Anthony on 13th June. In the days leading up to this celebration, the city of Lisbon becomes festooned with brightly coloured garlands and there are pop-up barbecues in the streets and all kinds of fun, traditional activities.

In June temperatures usually hover around the low-mid 20s ᵒC (low 70s ᵒF) and there are around 10 hours of daily sunshine to enjoy.  Rain showers are not unheard of in June, but by July and August, rainfall becomes pretty unlikely and temperatures usually rise to above 25ᵒC (77ᵒF), making it perfect for a beach holiday.  The proximity of the Atlantic ensures that temperatures do not become quite as high as more central parts of Portugal or Spain. Not surprisingly, July and August are peak holiday season on the beaches here, and it can get quite crowded. 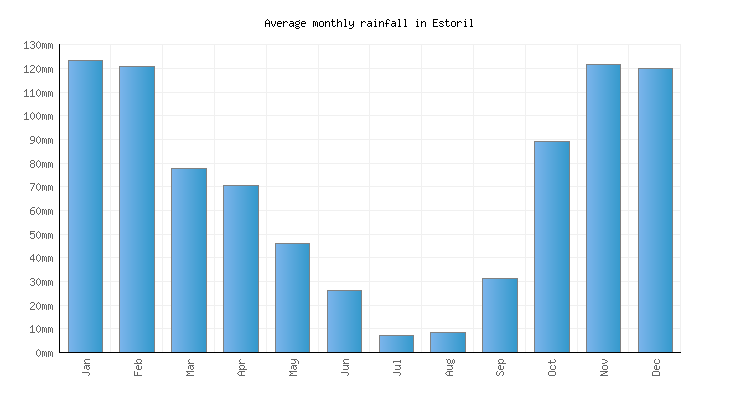 Early September is likely to be a little quieter than July and August and visitors during the month of September are likely to experience plenty of good beach days.  By October, rainfall increases and temperatures start to fall, and by November the local beaches are usually too cold for anything but a very pleasant stroll.

In winter the temperatures here remain milder than in northern Europe, seldom dipping much below 10ᵒC (50ᵒF).  The weather in winter is a little unpredictable, and rainy days are fairly common during December, January and February, although these are more often quick shower bursts rather than long periods of grey sky and persistent rain. 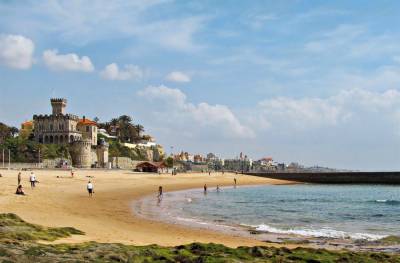 Long established as the cosmopolitan holiday destination of the rich and famous on the Portuguese Riviera, Estoril has an elegance more commonly attributed to resorts on the Côte d’Azur. Exiled royalty and deposed despots...