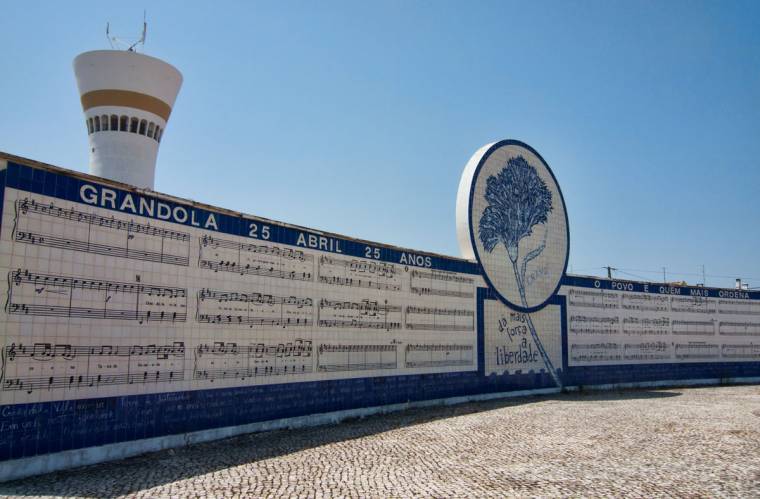 Grândola, in the Setúbal district, is a typical small Alentejan town. Set amidst plains of crops and vast gatherings of cork trees, for which the area is famous, it is hot and dusty in the summer months and yet captures the feeling of a place where people work hard but also take life at a leisurely pace, appreciating their surroundings – often the stereotype of the Alentejan people. It is perhaps its coat of arms which best represents the town, with depictions of fruit bearing trees, a wild boar and a river, the Sado, which would indeed be the life source to the valuable agriculture here.

Nearby nature reserves offer various days out in the open air. Around the Sado estuary reside many different species of birds and the sand dunes at Tróia are of particular beauty.

However, it is the revolution against the longstanding fascist dictatorship, which took place in 1974, which really put this sleepy town on the map. 'Grândola, vila morena' is a folk ballad ostensibly about this town, penned by Zéca Afonso in the 60s as a tribute to the camaraderie and socialist conscience of the hard labouring peasants of the Portuguese agrarian heartland that is the Alentejo (literally alem tejo – beyond the (river) Tejo). Banned under the Salazar regime, it was used as the definitive signal for action on the eve of the legendary 25th of April by the military captains who lead the coup d’état. Now it is a spine tingling commemorative tune whose role in bringing democracy to Portugal is known by all.