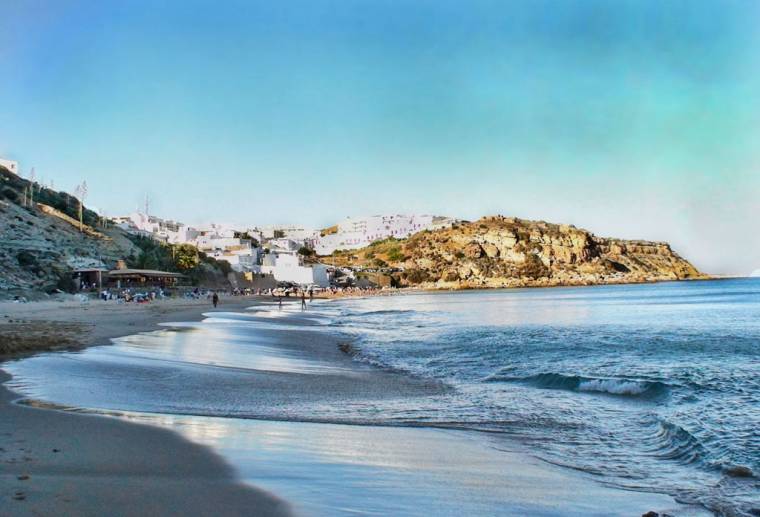 Situated on the coast between Lagos and Sagres is the fishing village of Burgau. Like much of the western Algarve the little fishing village was largely undiscovered by the tourism industry until relatively recently meaning it has largely escaped the unsympathetic development which blights much of the central coast. The village has somewhat spread out from the old centre but the new holiday accommodation is mostly low rise and inoffensive, if a little lacking in charm.

As you head down towards the beach at Burgau the streets become cobbled and you soon find yourself among the jumble of whitewashed fishermen's cottages that make up the old village. You'll know when you are almost on the beach as you will find little fishing boats pulled up , lining the steeply sloped streets which double as slipways and a harbour. 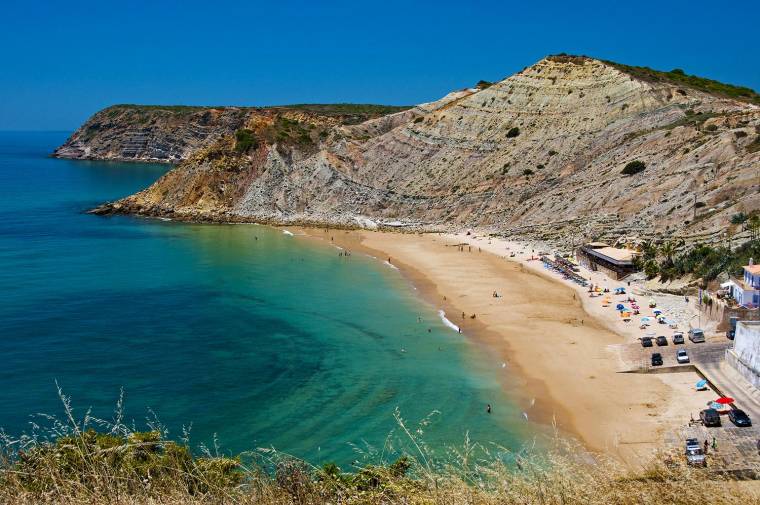 The beach at Burgau is a pleasantly wide stretch of golden sand with cliffs rising up at either end. However, it is worth checking the tide times as when the tide comes in the beach all but disappears leaving nothing to do except relax in one of the beachfront restaurants and take in the view.

With Lagos only 20 minutes along the coast to the east and Sagres just a little further to the west Burgau is a good base for exploring the western Algarve. There are some lovely coastal walks from here and many of the neighbouring beaches such as Salema and Praia da Luz are well worth a visit.

Burgau has grown in popularity as a holiday destination over the years. Whilst the days of stumbling across this little village and having a quiet drink and bite to eat aren't going to happen mid-summer anymore, out of season this once again becomes a charming little fishing village.