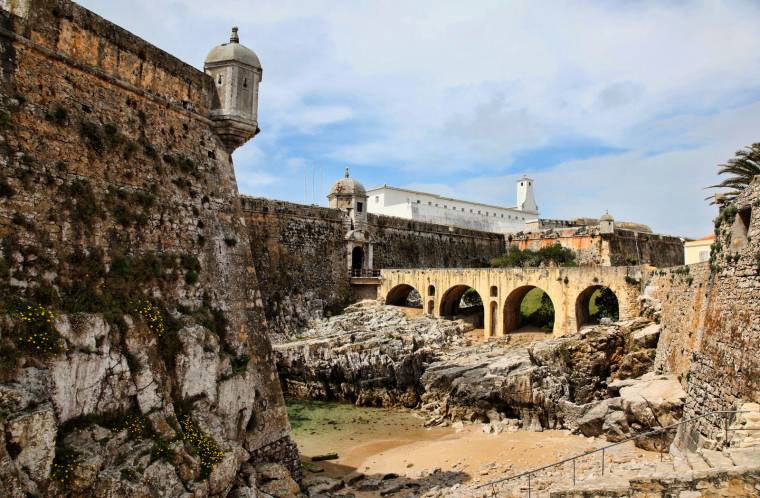 Standing guard at the mouth of Peniche's harbour is the sixteenth century Fortaleza de Peniche (Peniche Fortress). Commissioned during the reign of King João III when this little port was of great strategic importance to Portugal and its empire.

The fortress is built in the typical star shaped form and houses the Santa Bárbara Chapel along with the Sentinel Tower - the first fortification built in the Peniche peninsula.

After serving its purpose for the military up until 1897 Peniche Fortress has had a somewhat chequered history, At various times this austere fort, set on the edge of the Atlantic has served as a prison and a refuge. First it was used to home South African refugees from the Boer War at the turn of the century, then a prison for German troops in the First World War. But perhaps the fort's darkest days were when it was a political prison for Salazar's "Estado Novo" between 1934 and 1974.

With such a dramatic location and colourful history Peniche Fortress seems the ideal location for the municipal museum. The fort itself also has plenty of history to explore such as the old solitary confinement cells and prison yards.

Other attractions near Peniche Fortress 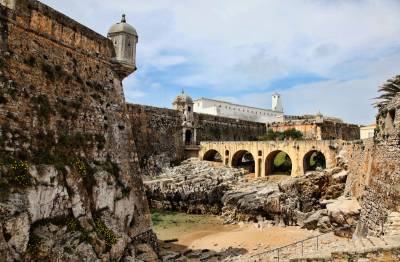