Located in Albufeira's old town, just behind the beach, is this archeological museum. The Museu Municipal de Arqueologia de Albufeira is housed in, what was until the late 1980s, the town hall. Despite its diminutive appearance the museum is surprisingly spacious inside.

Much of the collection was excavated from the local area by Father José Manuel Semedo de Azevedo, a keen amateur archeologist. Objects were collected from nearby sites such as the castle in Paderne, Roman villa in Retorta, the necropolis of Morgado da Lameira and the old parish church. These include such highlights as a near complete Roman mosaic and a well preserved Neolithic vase dating back to 5000BC.

The museum's collection is divided into four sections: Prehistory, Roman Period, Islamic Period, and the Modern Age, which is up to the 17th century.

Other attractions near Albufeira Archaeological Museum 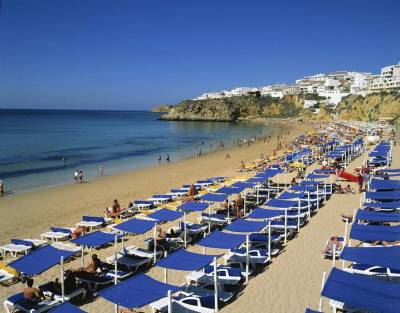