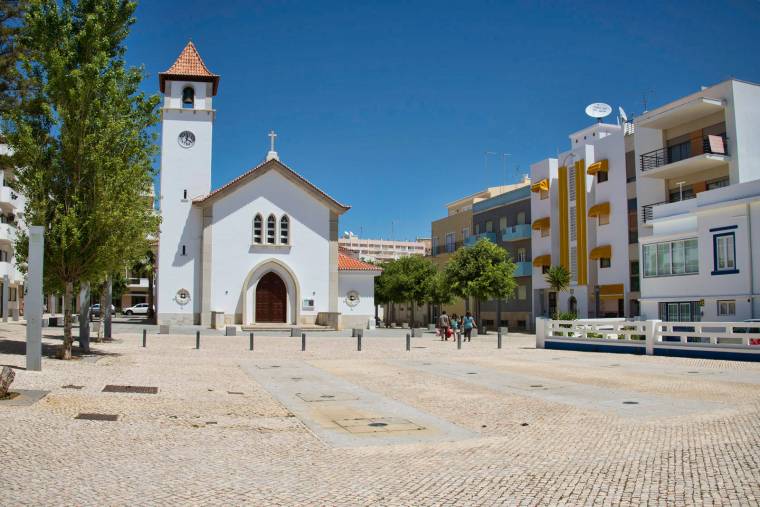 The Algarve resort of Armação de Pêra is located around 15km to the west of Albufeira. Set in a wide bay you won't be surprised that Armação de Pêra is something of a beach-lovers paradise. Those holidaying here are well catered for by the resorts many cafes, bars, restaurants, supermarkets and more than a few ice-cream shops. 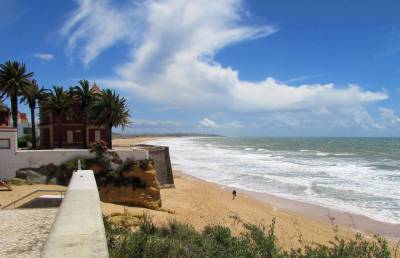 The main strip of sand here forms an unbroken stretch from the western edge of the resort all the way to Galé around 3km away. As well as this long crescent of sand there are a series of smaller coves to the west, all carved into the ochre sandstone cliffs that are so typical of the Algarve coast.

Like other resorts on the Algarve, there is a mix of the old and the new in Armação de Pêra, although it might be a little bit of a challenge to find too many reminders of the village's past. Perhaps the most visible link to the old days of Pêra de Baixo, as it was once known, are the fishing boats pulled up on the beach (Praia dos Pescadores) at the eastern edge of the resort. With no harbour this is where the fish is still landed before making its way onto the tables of local restaurants.

I don't think it would be fair to describe Armação de Pêra as pretty or charming. In fact, in many ways it represents some of the worst aspects of the unconstrained development which blighted the Algarve in the early years of the tourism boom. Much of the sea front and resort is dominated by rather characterless high-rise apartment blocks, some over 10 storeys high. These tend to be concentrated more to the western end of town, away from what is (rather generously) termed the "old village". 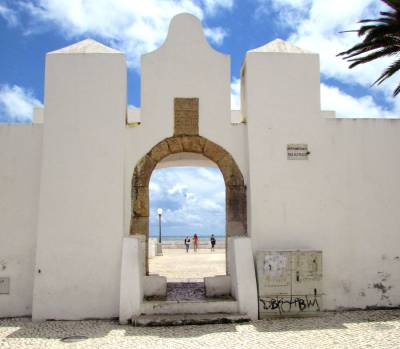 If you do find yourself in Armação de Pêra and the beach is not your cup of tea there are a few sights worthy of mention. In the cobbled streets along the seafront in the old part of the village you will find the 16th century fort (Fortaleza de Armação de Pêra) which was built to defend the town and fishing fleet from the North African Barbary pirates. Whilst there isn't much more to the fort than an entrance and an outline there is a good view out over the beach and along the coast. Set inside the fort's low whitewashed walls is a diminutive little chapel, the Capela de Santo António, which dates back to around 1720.

The villages main church is set in a small square just off from the beachfront. The Igreja de Nossa Senhora dos Navegantes or Igreja Matriz de Armação de Pêra as it is more commonly known is a relatively new church only built in the late 1950s. With its typical Algarvian styling and set amongst the trees in this central square the church is quite a pleasant spot even if these days it is surrounded by apartment blocks. 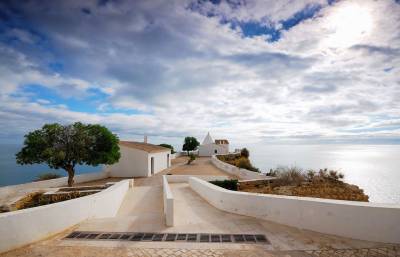 One of the best spots in Armação de Pêra is the headland of Nossa Senhora da Rocha. About 1km along the coast, past the beaches of  Praia dos Tremoços and Praia dos Beijinhos, the jutting cliffs here are home to a medieval fortress and tiny chapel. As with the village the chapel here is set within the fort's walls both of which command spectacular views up and down the coast. Below the headland are beaches to either side - the quiet Praia Nova to the west and the charming little praia da Senhora da Rocha to the east. The headland is also the start of a popular coastal path leading west along this fascinating coastline as far as Praia da Marinha.