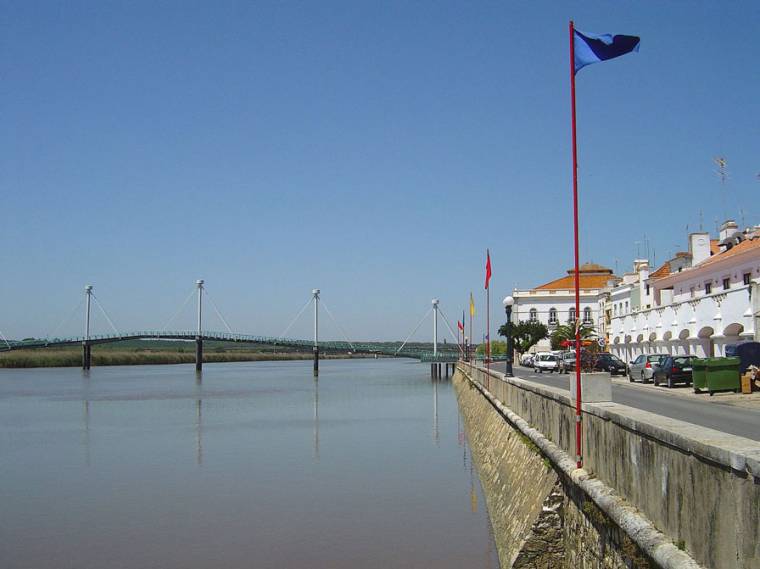 Alcácer do Sal is an historical town crowned by castles whose medieval cobbled streets, worn over time, cluster around the banks of the Sado River, in the district of the town of Setúbal. Wrought-iron balconies look out over the river and underneath them dwell a variety of cafés and restaurants. The Sado flows sleepily past, yet the mighty ramparts and towers remind us of times when this, like other hilltop towns in Portugal, played an important part in territorial battles. The town’s name comes from the Moorish al qasr meaning ‘the castle’, and the sal refers to the age-old production of salt in this area. Another industry typical of the Alentejo region of Portugal is evident in the surrounding land in the wizened, gnarled shape of cork trees. 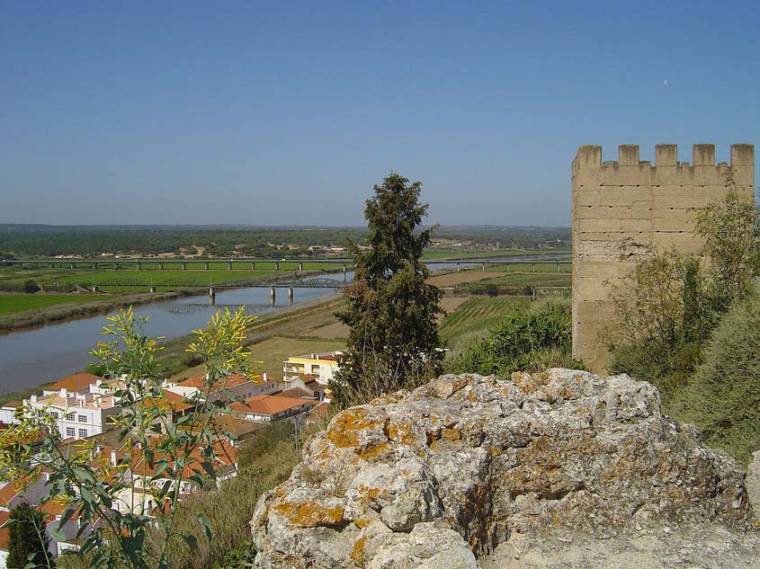 The castle is of Muslim origin, although built on land once used by the Romans as early as the 6th century for a fortification of their own. The dozens of imposing towers are mainly built in hardy dressed stone, though a couple are mud walled, as is part of the encircling wall, thus constituting one of the few remaining examples of mud wall used for this purpose. Formerly the site of a Pagan temple and a Mosque, the Santa Maria do Castelo church, also atop the hill, was built following the Christian reconquest of the area in the 13th century. 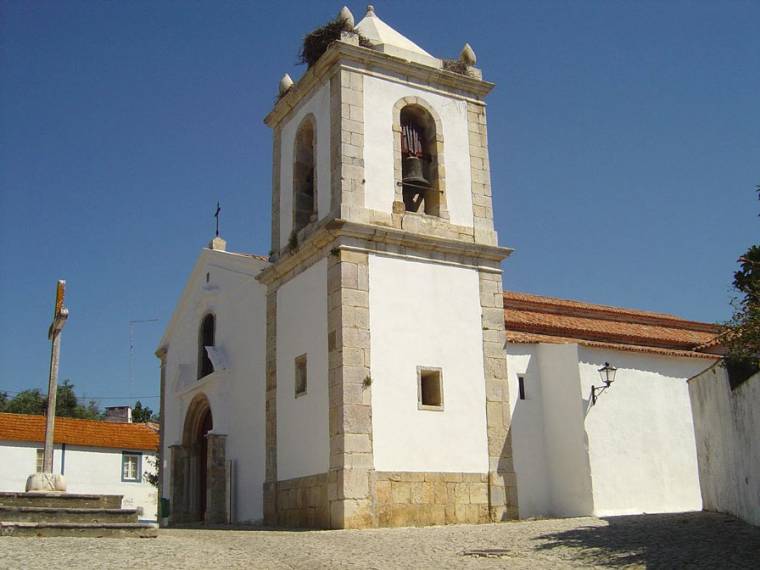 The other church of note in the town is Igreja do Espirito Santo. The elegant door is testimony to the Manueline era in which it was built, indeed it was here that King Manuel is thought to have married his second wife, the Spanish Infanta Maria. Indoors, stands an impressive font carved in the shape of a crown and the town’s archaeological museum containing locally found artefacts dating from pre-historic times.

Also of interest in the town are the Roman remains, discovered in the 1980’s, and the nearby nature reserve of the Sado Estuary with its wetlands and array of animals and birds.

The church of Santiago displays an array of blue-tiled friezes from the 18th century recounting the lives of saints and in the 16th century Convent of Santo Antonio, the Chapel of the Eleven Thousand Virgins is considered a remarkable example of Renaissance architecture in Portugal.

Images of alcacer do sal